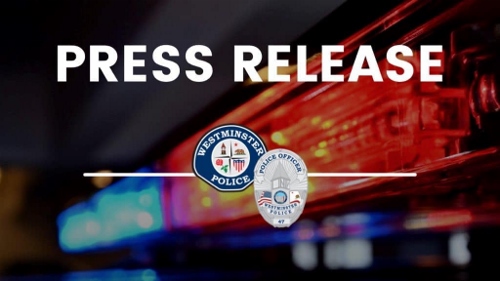 WESTMINSTER, CA – On February 14, 2022, WPD detectives received notification from the Orange County Coroner’s Office reference a suspicious death that may have occurred almost two weeks prior at the Ocean Blue Restaurant, located at 14541 Brookhurst Street, in the City of Westminster. The incident was not reported to the police department.

On February 2, 2022, at about 1:18 am, OCFA paramedics responded to Ocean Blue Restaurant regarding a male subject, Hoang Vo, who had sustained a head injury. Vo was transported to a local trauma center and was pronounced dead on February 14th.

The Coroner’s office noted multiple skull fractures and deemed the death suspicious. A few days later, an autopsy confirmed signs of blunt force trauma to Vo’s head, and the death has been ruled a homicide.

The victim, Vo, was at the restaurant celebrating the Chinese New Year with family and friends when an argument and fight between Vo and some other patrons lead to Vo’s injury and death. The Westminster Police Department is asking for the public’s assistance in solving this homicide and bringing justice to Vo’s family.

“The restaurant was well-attended by patrons and employees. We know somebody witnessed the altercation and they are likely afraid to get involved. We urge witnesses to do the right thing and come forward. Please have the courage to help bring closure to the victim’s family,” said Deputy Chief Cameron Knauerhaze.

WPD detectives are continuing the investigation in hopes of locating all evidence and witnesses and urge anyone who witnessed the crime on February 2, 2022, or has additional information, to contact the Westminster Police Department at 714-548-3212, or Orange County Crime Stoppers at 1-855-TIP-OCCS, or by logging on to www.occrimestoppers.org. Callers can remain anonymous.