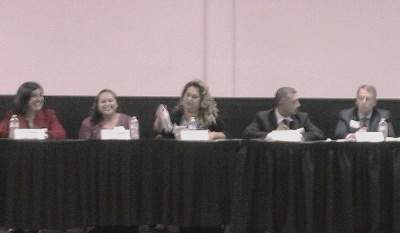 Iglesias is a single mom and a social worker.  She ran for Congress as an independent a few years ago.  She is against tax increases and a firm believer in our kids.  Tinajero is also a social worker and she is the sister of former SAUSD Trustee Sal Tinajero.  Sal is also currently a Council Member here in Santa Ana.  Lastly, I am backing Hernandez, who is an immigration lawyer, because of his support for our current SAUSD Superintendent, Thelma Melendez de Santa Ana. 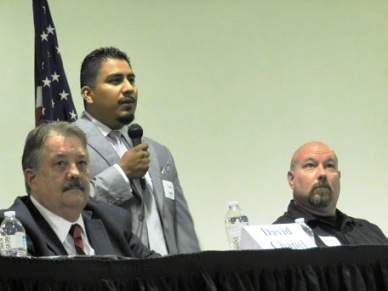 Tapia is one of three candidates running for Area 3.  He is opposed by Nelida Yanez, who lost badly the last time she ran for office, six years ago when she ran for the Santa Ana City Council against David Benavides; and Thomas Gordon, a member of the Republican Party of Orange County’s Central Committee.  Tapia is a journeyman at the local labor hall, in construction.  He also helps to run a family business.

Alvarez is the current Santa Ana Mayor Pro Tem.  She is a Prosecutor at the Orange County District Attorney’s office.  Chapel is a college professor and former high school principal.  They are running against a businessman, Mark McLoughlin, who is opposed to finishing the Santiago Creek bike trail and who falsely called himself an educator in a mailer sent out in Spanish last week to Latino voters in Area 5.

I am also voting No on Measure Q, the bond measure for Santa Ana College.  The Rancho Santiago Community College District previously raised our property taxes with Measure E, but missspent the money at their Santiago Canyon College campus.  They should refund the money they wasted on that campus and send it to Santa Ana College, rather than resort to raising our taxes again!

6 thoughts on “Our SAUSD School Board and RSCCD Board endorsements”