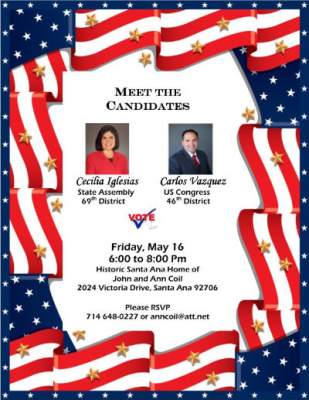 Vazquez has worked as both a psychologist assistant and a physician’s office manager. He currently is a Financial Advisor with an emphasis on behavioral finance and the president of the “Circle of Insight”, a think tank consisting of engineers, scientists, elected public servants, foreign dignitaries, church leaders, and educators who deliberate on the challenging issues of our time and offer common sense solutions to these problems.

« Solorio’s campaign for the 34th S.D. to host an Open House this Saturday
First USO Center to open at John Wayne Airport »