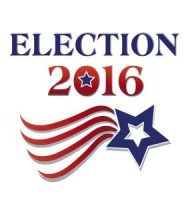 The bad news is that Measure PP, which will hand the City Council a 700% pay raise, is easily winning, by a margin of two to one. The good news is that if Reyna loses he won’t be getting this money.

Claudia Alvarez unfortunately defeated her two opponents in Area 5 of the RSCCD. Sadly the other RSCCD incumbents, Nelida Yanez and Arianna Barrios as well as their ally Zeke Hernandez are heading to victories in Areas 1, 3 and 7.

In our legislative races incumbent Assemblyman Tom Daly is leading with over 70% of the vote in the 69th Assembly District while First District Supervisor Andrew Do has a huge lead over his challenger, Santa Ana City Councilwoman Michele Martinez. Lou Correa is similarly trouncing Garden Grove Mayor Bao Nguyen in the race to replace Loretta Sanchez in the 46th Congressional District. And Assemblyman Travis Allen, who represents Santa Ana’s west side, is trouncing his challenger, Lenore Albert-Sheridan, in the 72nd Assembly District.

« A man was shot and killed by SAPD police officers on Sunday night near Diamond Elem. School
The Santa Ana voters passed a 700% pay raise for the City Council but Reyna got fired »