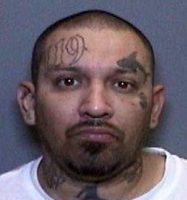 Guizar is a human trafficker/pimp. In the pimp/prostitution subculture, pimps exploit women and/or children for financial gain and often assign ranks to the women they exploit. The victims are often required to turn over all payment they receive for sex acts from sex purchasers to their pimp. Failure to follow these rules can result in physical and/ or emotional abuse.