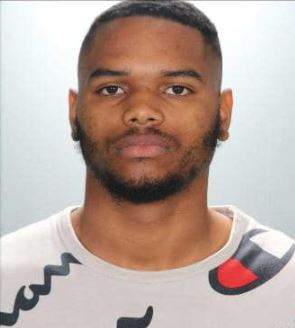 The felony charges included assault with the intent to commit a sex offense and sexual penetration by a foreign object. Bell was convicted of both counts for the Sept. 24, 2021, attack on the 18-year-old female student.

The victim was talking with her boyfriend, a UC Berkeley student, via FaceTime in her dorm on the night of the attack when she went off campus for to have a more private conversation. She ended up at a courtyard outside Henley Hall on the university campus. That is when she spotted someone walking by that she later said “creeped her out a little.”

The man who creeped her out was dressed in a black hoodie and pants and was wearing a face mask that “looked like a skeleton.” He returned and then proceeded to stair at her as he stood at the top of the stairs in the courtyard. As it turned out the only way for the victim to escape was those stairs.

The man eventually attached her, punching her in the face then pushing her down and slamming her into a trash can. He then sexually assaulted her by fondling her through her clothes.

The assailant held the victim down for about 20 seconds as she shouted for help. When men in the area ran to help her the suspect ran off.

The entire assault was captured by a nearby surveillance camera, unbeknownst to the suspect.

The suspect was able to get away from the responding police officers by slipping into the surrounding residential neighborhoods, however the police were able to later track some of his movements by looking at footage from various business surveillance cameras.

The Orange Police Department issued a screenshot image of the suspect at a news conference on Sep. 27. Bell’s own father and stepmother recognized Bell and they called the police and arranged for him to turn himself in at the Orange police station.

The police were able to get DNA from Bell by swabbing and they sent the sample to the Orange County Crime Lab. The lab was able to match the DNA to the skull cap that the suspect had dropped and to the left breast and crotch areas of the woman’s clothes.

Despite all the evidence Bell’s lawyer, Dermot Givens, told the jury that”rape, sexual assault, sexual battery” are “dirty and despicable. … But so is being falsely accused.”

Givens said that Bell was trying to go to a party on campus the night of the attack and that when he could not find it he opted to walk to the District Lounge which is near the train station. On the way Bell saw “some girls” and went down the steps of the courtyard outside Henley Hall. Given then said that as Bell approached the alleged victim she spat at him and called him the N-word.

Bell turned and tried to walk away but Givens said the woman kept shouting and heaping on racial epithets.

He then decided to turn around and talk back but she spat on him again. She then stumbled over a crack and fell as die Bell. Givens then said that the victim, who was trained in martial arts, kicked him eight times in 22 seconds. He eventually broke free and ran away. She then allegedly got up and screamed more racial epithets at him and he ran for his life. Givens said the woman kicked Bell’s butt.

Bell eventually got to his car, that was parked a mile away, and went home. Givens said that Bell tried twice to hail a police car and was ignored.

Givens also said there was no “skeleton mask” as the victim reported. He also claimed the alleged victim changed her story several times.

Givens then tried to shore up his argument by showing the jurors the surveillance video in slow motion so they could see every frame in an attempt to support his claim that the alleged victim and her boyfriend created a fake story’ of a sex assault.

Givens said Bell grew up in Orange County and graduated from Garden Grove High School. He was working as an Amazon delivery driver at the time of the alleged attack.

Givens described Bell as a “a big, Black guy” at 6-foot, 5-inches. and said he is one of the nicest persons you ever want to meet.

Givens continued to play the race card saying “That might be a crime in Mississippi, but this is California.”

Givens then said his client he turned himself in following news reports that police were looking for a suspect in the attack.

Bell was initially booked on suspicion of assault but “then it changes incrementally to what we have here,” Givens said.

Givens also told the jury that at least one witness claimed the suspect was a white man and he faulted the police for not doing forensics on the phones of the victim and her boyfriend. He also disputed that there was only one way out of the courtyard.

Givens closed with more race-baiting saying that “This is a case about sex and it’s about race and you’ll hear the code words, the dog whistles.” He then claimed that the evidence would show that Dalante is not guilty.

The jury did not buy what Givens was selling.

Bell’s sentencing date was not immediately set as the jurors were sent back to deliberate on a sentence-enhancing allegation filed by prosecutors.