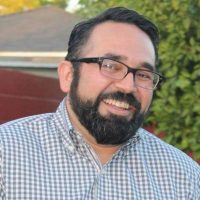 In July, Benjamin announced to community leaders that he would be running for Mayor of Santa Ana. He has garnered the support of many.

“Santa Ana has yet to meet its utmost potential. I believe that together we can create a Santa Ana that works for everybody! I believe that some leadership change is long overdue. I look forward to working with all of Santa Ana residents, the City Council, and city leaders as the next Mayor of this city.”

Benjamin will be holding his Campaign Kick-O  this Saturday, August 13 and will continue contacting voters for their support.

Election day is Tuesday, Nov. 8, 2016. You can learn more about Benjamin Vazquez and his campaign by visiting www.benjamin4mayor.com.