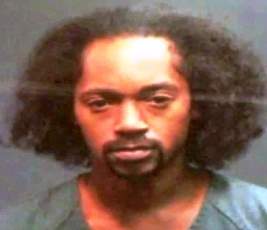 Jaquinn Ramone Bell was arrested at a motel in Stanton, where he was taken into custody with two other adults and two teenage children, 17 and 14 years old, Santa Ana Police Chief Carlos Rojas said at a news conference Monday morning, according to KPCC.

The two unidentified adults were later released and the children were handed over to a legal guardian., according to CBS News.

The chief said the Orange County district attorney’s office was reviewing the case, according to ABC News.

The horrific hit and run accident happened about 6:45 p.m. 1400 block of East Fairhaven, near the intersection of North Jacaranda Street and Fairhaven Avenue, as we previously reported.

Online memorial funds have been set up for the families of both the twin girls and their friend.  Click here for details.