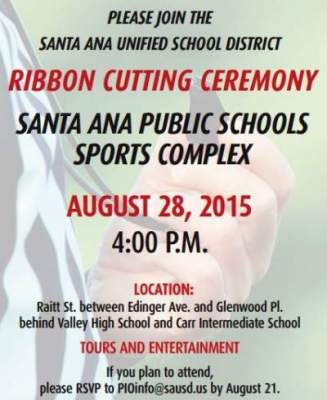 What: Celebrate the ribbon cutting of the highly anticipated Santa Ana Public Schools Sports Complex. With an anticipated cost of approximately $15 million, students of the Santa Ana Unified School District will have a sports complex to call home. Although the Sports Complex is located behind Santa Ana Valley High School, located at 1801 South Greenville Street in Santa Ana, it will be jointly used by Santa Ana schools. During the celebration, there will be 27 individuals inducted into the inaugural SAUSD Wall of Fame. All honorees were selected because of the significant contributions that they made in the area of sports in the Santa Ana Unified School District. A list of the honorees is included below.

Who: Members of the SAUSD Board of Education, staff, students, athletes, coaches, parents, and community members, and honorees inducted into the Wall of Fame.

When: Friday, August 28, 2015 at 4:00 p.m. After the ribbon cutting ceremony, a football game between Santa Ana Valley High School and Segerstrom High School will take place at 7:00 p.m. During half-time, the inductees into the Wall of Fame will be recognized a second time.

Where: Raitt St. between Edinger Ave. and Glenwood Pl. (behind Valley High and Carr Intermediate Schools) 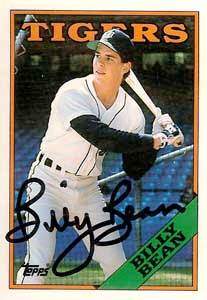 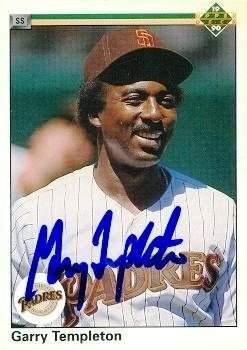