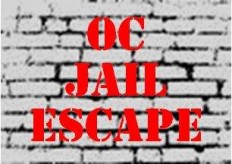 You might have noticed a lot of police activity in Santa Ana today.  Apparently the OC Sheriff’s Department arrested five people today in connection with the three violent inmates who escaped from the Orange County Men’s Central Jail, in Santa Ana, according to the O.C. Register.

Sheriff Sandra Hutchens said that the five people who were arrested today helped the escapees in some undetermined fashion. They may have been involved in helping to smuggle the cutting tools used in the escape into the jail.

The names of those arrested have not yet been released.

Hutchens also admitted, for the first time, that the escapees could have had “inside help” from jail guards or other jail employees.

The three escaped convicts – Hossein Nayeri, Jonathan Tieu and Bac Duong — have not been found and are still at large.

« Sup. Andrew Do to host a Garden Grove Community Coffee on Jan. 27
Woman wanted for setting a small fire at the Walmart in Santa Ana »