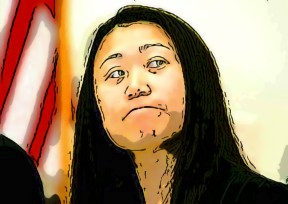 SANTA ANA – The Solorio for State Senate Campaign kicked off their fall election effort this week with two different campaign commercials that are running in heavy rotation on local radio criticizing opponent Janet Nguyen for using her Orange County Supervisor county office budget to benefit herself and inner circle.

Files for the two radio commercials can be heard via this link.

Jose Solorio is the President of the Board of Trustees for the Rancho Santiago Community College District, which oversees Santa Ana College and Santiago Canyon College, and represents 700,000 residents in the cities of Anaheim, Garden Grove, Irvine, Orange, Santa Ana, Tustin, and Villa Park. Prior to that, he represented the cities of Anaheim, Garden Grove and Santa Ana in the State Assembly for six years. He holds a bachelor’s degree from UC Irvine and a master’s degree in public policy from Harvard University. To learn more about Jose Solorio and his State Senate Campaign, please visit Facebook.com/Solorio4California, Twitter.com/JoseSolorio, and SolorioForSenate.com.