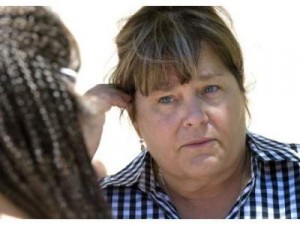 The Outstanding Contributions to Education Awards Program was established in the early 1980’s to recognize the efforts and achievements of those positively impacting and contributing significantly to the education of Orange County students. Sanchez was nominated by the community liaisons in the Alternative, Community, and Correctional Schools and services (ACCESS) program. Wendy Rogan, supervisor of the group, stated that “Ms. Sanchez is an ideal candidate for the Outstanding Contribution to Education Award due to her long standing commitment to at-risk students, collaborative approach to reducing truancy, and message of empowerment for parents.”

Rogan adds, “Ms. Sanchez is dedicated to seeing every child in school. She believes education is the key to a child’s future. She takes a no excuse approach to school truancy, but she backs up her message with her own experiences as a parent, and she shares her own stories. Parents see that she’s walked in their shoes; she’s been there. Ms. Sanchez wants to see parents empowered to set firm rules and high expectations their children.”

After receiving her award, Sanchez recognized the contributions of her colleagues and talked about the work and all their achievements being a collaborative effort. Sanchez appreciates the recognition that the program itself is receiving, saying, “If I can get two parents from our program to tell two more parents just how they were able to help their kids to become successful, then I can reach dozens of families.” In response to receiving her award, Sanchez says, “I am so excited to get paid to do what I love to do. Helping to get one more kid over the fence, back on track to a successful life, makes all the hard work worth it.”

The Truancy Reduction Program (TRP), implemented in 2001, was established in the Orange County school system to reduce school truancies and absences in an effort to discourage the type of behavior shown to increase the risk of delinquency. The program works in conjunction with the Juvenile Court in partnership with the Probation Department, Department of Education, OCDA, and Public Defenders offices, Social Services and Health Care agencies, as well as the community-based Parent Empowerment Program