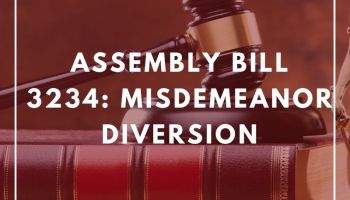 “Orange County is facing a crisis when it comes to drivers driving under the influence of drugs or alcohol or both. Driving under the influence of drugs rose more than 40 percent and felony driving under the influence filings increased 25 percent during the pandemic. Anyone who gets behind the wheel of a motor vehicle after taking drugs or drinking has the potential of killing someone. That someone could be your husband or wife, your father or mother or even your child,” said Orange County District Attorney Todd Spitzer. “Prosecutors must be able to hold drunk and drugged drivers accountable – to prevent first-time offenders from becoming repeat offenders – and to be able to charge repeat offenders with murder if they get behind the wheel impaired and they kill someone. Once diversion is completed, it’s as if the crime never happened – and those prior convictions wash out despite the fact that state law allows prior DUIs to be pled and proven for up to 10 years. They couldn’t be used as a prior – and the families whose lives were shattered by an impaired driver would not get the justice they deserve. This opinion not only corrects the reckless and misguided behavior of the state Legislature and Governor Newsom, it will undoubtedly save innocent lives.”

This is the first published opinion by the Court of Appeal on the issue in the state and clarifies the limits of Penal Code section 1001.95, which gave judges broad discretion to grant diversion to misdemeanor defendants with very few exceptions. Defendants charged with driving under the influence were not specifically prohibited from a grant of diversion under the new law.

For that reason, the Orange County District Attorney’s Office along with the California District Attorneys Association (CDAA) and Mothers Against Drunk Driving (MADD) fought vigorously to defeat AB 3234 (Ting). Despite those efforts, Governor Gavin Newsom signed the bill into law, which went into effect as Penal Code section 1001.95 on January 1, 2021.

In his September 30, 2020 signing statement for AB 3234, Governor Newsom wrote that he was concerned that DUIs were not excluded from diversion eligibility by the new law and promised to expeditiously remedy the issue in the next Legislative session.

To date, it has not been remedied by the Legislature.

Misdemeanor DUI defendants immediately began filing petitions for diversion under the new law. Among those was Nancy Grassi, who was charged by the Orange County District Attorney’s Office with driving under the influence of drugs in 2019.

In February 2021, Grassi filed a motion for misdemeanor diversion under the new misdemeanor diversion law. Her request was denied after Orange County prosecutors argued Vehicle Code section 23640, which was enacted in 1998, already prohibits driving under the influence defendants from receiving diversion. Grassi sought review in the Court of Appeal.

As a result, the current state of the law in California is that DUI defendants are categorically ineligible for diversion.

A copy of the published DCA opinion in Grassi v. The Superior Court of Orange County can be found here: https://www.courts.ca.gov/opinions/documents/G060362.PDF