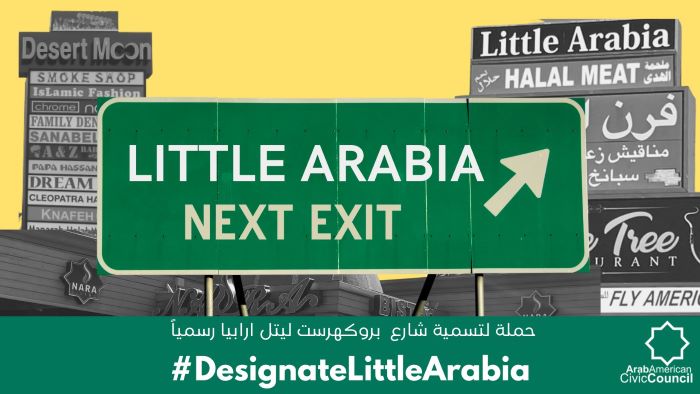 The Los Angeles office of the Council on American-Islamic Relations (CAIR-LA) today welcomed the Anaheim City Council’s decision to officially designate a portion of the Brookhurst corridor, from Broadway to Ball Street, in Anaheim, CA, as Little Arabia.

The motion to designate Little Arabia was included on the city council’s meeting agenda for the first time this month, after more than 20 years of community advocacy.

On Tuesday, Aug. 23, the Anaheim City Council voted to pass the motion, officially recognizing the nearly 50-years-worth of contributions by the Arab, Middle Eastern, Muslim, and South Asian residents of Anaheim.

“The official designation of Little Arabia is a historic decision, not just for Anaheim or California, but for our nation. There is no other city, county, or state in the United States that officially recognizes the innumerable contributions of the Arab community in such a monumental way, which makes me even more proud that the largest office of the largest Muslim civil rights organization in the country is located in Anaheim.

“I would like to thank the various council members for their contributions to the designation and for speaking so genuinely and passionately in support of making our community feel welcome.

“However, this designation is just the beginning. We look forward to engaging with the city council staff as they conduct the Brookhurst Corridor study to demonstrate the positive impact of the Arab, Middle Eastern, Muslim, and South Asian community, and the importance of expanding the designation to encompass the area on Brookhurst between Crescent and Katella streets.”

The meeting agenda also included a motion to conduct a Brookhurst Corridor study, which analyzes the various district options for the Brookhurst Street Corridor and may include real estate and economic analysis, as well as a motion to recognize August as American Muslim Appreciation & Awareness Month.

“It has been a pleasure to connect with the various council members over the past few months to reach a compromise that amplifies the voices of the community members and businesses that make Little Arabia a welcoming place for all Southern California residents.

“We look forward to working with city staff and council members, including council woman Gloria Ma’ae, in ensuring that community voices and the interests of small businesses are advocated for in the Brookhurst Corridor study. The recommendations of any consultant that performs the study should ensure that businesses of all sizes, especially those that have contributed to the richness of the region for decades, are heard and that the findings do not adversely impact small businesses.

“We are confident that a study that encompasses the voices of the community and small businesses will make this region of Anaheim a desired location for businesses, community groups, and residents that value the diversity of our city.”