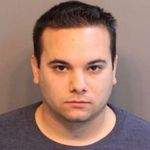 SANTA ANA, Calif. – Two men were sentenced today to life in state prison sexually assaulting three young boys. Jimmy Ernest Hutton, 27, Ooltewah, Tennessee, was found guilty by a jury on April 27, 2015, of five felony counts of lewd acts on a child under 14, one felony count of attempted lewd act upon a child under 14, and sentencing enhancement allegations for committing lewd acts upon multiple victims and substantial sexual conduct with a child. Hutton was sentenced today to 30 years to life in state prison and mandatory lifetime sex offender registration.

Dustin James Elwood, 24, Tustin, was found guilty by a jury on April 27, 2015, of 15 felony counts of lewd acts on a child under 14, one felony count of using a minor for sex acts, one felony count of possession and control of child pornography, and sentencing enhancement allegations for committing lewd acts upon multiple victims and substantial sexual conduct with a child. Elwood was sentenced today to 45 years to life in state prison and mandatory lifetime sex offender registration.

Beginning in September 2008, Elwood gained access to three young boys, ages 7 to 11 years old, who were family friends. He sexually assaulted each of the boys on more than one occasion. 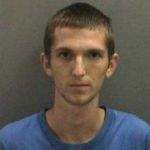 Elwood took at least one photograph of himself sexually assaulting one of the children. In August 2011, the victim’s mother discovered a flash drive belonging to the defendant and found the pornographic photograph. Elwood was also in possession of several non-sexual photographs of him posing with as-of-yet unidentified children ranging in age from approximately 7 to 17 years old. The victim’s mother immediately contacted the Tustin Police Department (TPD). Elwood was arrested Aug. 23, 2011.

In the course of the investigation, TPD determined Hutton also gained access to the victims through Elwood. Hutton and Elwood are accused of being friends prior to the sexual assaults. Hutton is accused of sexually assaulting two of the boys. Hutton inappropriately hugged another 12-year-old boy, with whom he was acquainted.

Hutton moved to Tennessee and was arrested Oct. 11, 2011, by detectives from TPD, Hamilton County Sheriff’s Office, and Investigators from the Orange County District Attorney’s Office. He was extradited to Orange County on Oct. 13, 2011, to face the sexual assault charges.

At the time of his arrest, Elwood was employed in Costa Mesa at Sky High Sports, a trampoline venue that caters to children.

« Homeless people are harassed by the SAPD for sitting on blankets in public spaces
O.C.’s Social Services Agency now has a No Wrong Door policy »