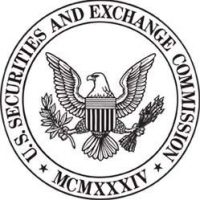 The Securities and Exchange Commission has obtained an emergency court order freezing assets of a Santa Ana, California-based company and its founder, who allegedly carried out an ongoing fraud targeting members of the Vietnamese-American community.

According to the SEC’s complaint, filed on June 13, 2019 in the U.S. District Court for the Central District of California and unsealed yesterday, Richard Vu Nguyen (a/k/a Nguyen Thanh Vu) and his company, NTV Financial Group, raised about $2.4 million from at least 80 investors. Nguyen targeted the Vietnamese-American community in California and elsewhere through paid weekly talk shows on Vietnamese-language TV, during which Nguyen falsely presented himself as an experienced former Goldman Sachs banker, and failed to disclose that he was a twice convicted felon, including for a prior investment scam.

As alleged in the complaint, Nguyen offered investors the chance to invest in a “fund” he called “Nguyen Tran Le Fund”; undisclosed to investors, however, the so-called fund is really a collection of financial accounts held by Nguyen, NTV, and Nguyen’s girlfriend. Nguyen also, according to the complaint, falsely promised investors 16% annual returns, that their investments were 100% guaranteed, that he had never lost money managing client accounts, and that they could withdraw their money at any time-all while he was losing significant investor money. Nguyen allegedly also improperly used about $600,000 in investor funds for business and personal expenses, including purchases of a home and vehicles.

On June 14, 2019, the district court granted the SEC’s request for a temporary restraining order against Nguyen and NTV. The court’s order freezes the defendants’ assets and temporarily bars Nguyen from accessing his clients’ brokerage accounts. On June 24, 2019, the district court issued an order appointing a receiver. The SEC’s motion for a preliminary injunction extending the emergency relief through the conclusion of the case has been set for July 8, 2019.

The SEC’s investigation was conducted by staff in the SEC’s Los Angeles Regional Office. The SEC’s litigation will be led by Douglas Miller and Amy Longo. The SEC acknowledges the assistance of the FBI in this matter.