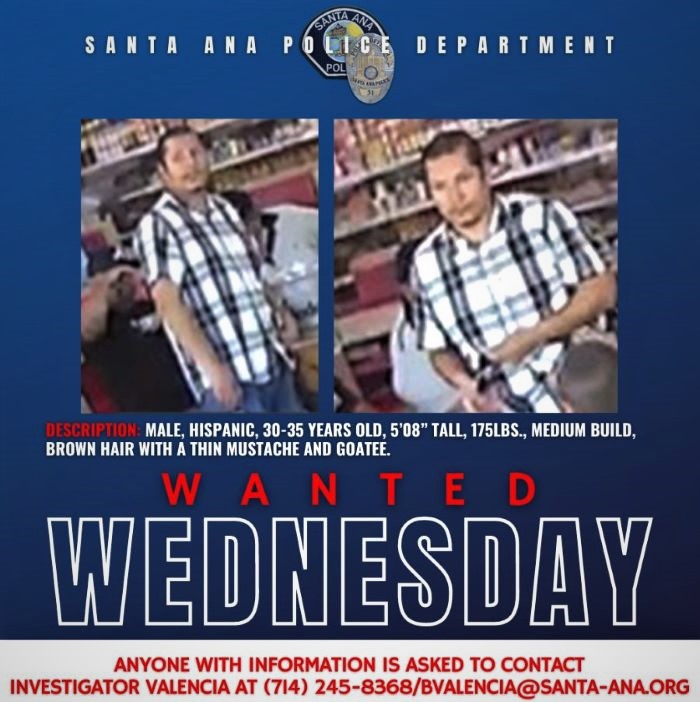 On 10/02/2022, the victim was seated in his vehicle in the 1600 block of South Standard Avenue, (Near Madison Park) when the suspect approached his window and began arguing with him.

During the argument, the suspect punched the victim several times. The suspect subsequently fled the area.

Anyone with information on the identity or whereabouts of the wanted suspect is asked to contact Investigator Valencia at (714) 245-8368 or BValencia@santa-ana.org.