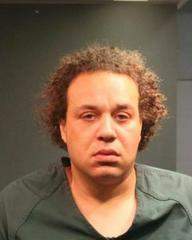 On Saturday, December 16, 2017, at 11:33 AM, SAPD officers responded to a domestic violence call at 316 West 4th Street, #209. Upon arrival, they found the apartment door closed. There was no answer. Neighboring tenants reported a violent altercation and that the male suspect fled the building prior to the arrival of police.

Officers entered the apartment and found an adult female on the floor bleeding, with trauma to her body. She was unresponsive. Officers began life saving measures. Orange County Fire Authority paramedics arrived and took over treatment. OCFA paramedics declared the female deceased at 11:55 AM. The Orange County Coroner’s Office has positively identified the decedent as Shannon Pearce Likens.

The suspect Prentis John Hill has been identified as the victim’s live-in boyfriend. The suspect was booked into the Santa Ana Jail for homicide.

Detectives request anyone with information on the case to call the SAPD Homicide Section at (714) 245-8390, or Orange County Crime Stoppers at 1-855-TIP-OCCS