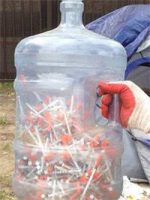 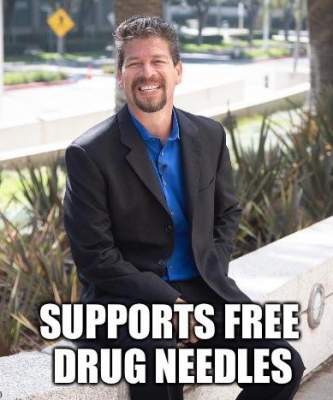 The Court found the harm of the needle giveaway to the public outweighed the social effectiveness of the Orange County Needle Exchange Program (OCNEP), enjoining the California Department of Public Health and OCNEP from operating the needle exchange program in Orange County.

“The public safety of our residents comes first,” said Supervisor Andrew Do, Chairman of the Orange County Board of Supervisors. “We fought to make sure our sidewalks, parks and libraries did not become hazardous waste sites.”

The Court found that OCNEP does not have sufficient staff and capacity to provide required services, nor does it adequately provide for the safe recovery and disposal of used syringes. OCNEP “created a ‘syringe litter’ condition harmful to health,” and placed that burden on the County and cities.

“This drug needle giveaway is a serious threat to public safety,” said Supervisor Do. “Drug addicts dump their dirty needles all over our community, putting our kids at risk.”

Despite its misleading and factually inaccurate name, the Orange County Needle Exchange Program does not provide a one-for-one needle exchange to drug addicts.

Instead, a single drug addict can receive as many as 200 needles through the drug needle giveaway program.

The activists behind the drug needle giveaway program told OC Weekly that “for every needle a person turns in, they receive that amount plus 20. The number of syringes a person can receive caps at 200 no matter what.”

Supporters of the program relied on old data which does not satisfy the requirements that the locations selected must have conditions showing a rapid rise in infections.

Many of those needles ended up in homeless encampments at the Santa Ana Riverbed and Civic Center. This winter, county employees removed 14,000 needles– potentially contaminated with infectious diseases — from just a four-mile stretch of public land.

“This program is a proven failure,” said Supervisor Do.

Earlier this year, the City of Santa Ana shut down the controversial and dangerous needle giveaway after complaints from concerned parents, educators and law enforcement officials – outraged by the number of dirty drug needles discarded near areas with children.

Rebuked by the community, activists exploited a loophole in state law by organizing as a “mobile” program. Orange County and the cities of Santa Ana, Anaheim, Costa Mesa and Orange objected but had no authority to stop the program. Thankfully, the County’s lawsuit prevailed in court, barring the OCNEP from bringing the ill-conceived program to our neighborhoods.

Drug needle giveaways shift the public health risk from drug addicts to the general public, as well as public employees.

Staff at Santa Ana libraries say that syringe littering had become a “huge” problem. Prior to the program, staff rarely found dirty needles. During the operation of the program in Santa Ana, they routinely found 40 to 50 per month.

“We found them on shelves, near planters, window sills, in books,” Heather Folmar, Santa Ana Public Library operations manager, told the Daily Pilot. “A cleaning lady was pricked by one.”

Every year, more than 1.8 million needles are unaccounted for in San Francisco, which operates one of the largest needle giveaway programs in the state. Transit riders in the Bay Area say that BART has become littered with needles.

Earlier this year, a Caltrans employee was reportedly pricked with a hypodermic needle while cleaning up a homeless camp in San Diego. In March, a library employee in Seattle was “rushed to a hospital after being stuck with a needle.”

“Orange County is taking steps to clean up our streets and take back our neighborhoods,” said Supervisor Do. “Our progress will no longer be threatened by this dangerous drug needle giveaway.”