None of these candidates are teachers.  Amezcua works in probation and Tinajero is a social workers.  I am told that their campaigns will be run by SAUSD Trustee John Palacio.  He supported Trustee Audrey Noji two years ago and was allied with recalled SAUSD Trustee Nativo Lopez. END_OF_DOCUMENT_TOKEN_TO_BE_REPLACED 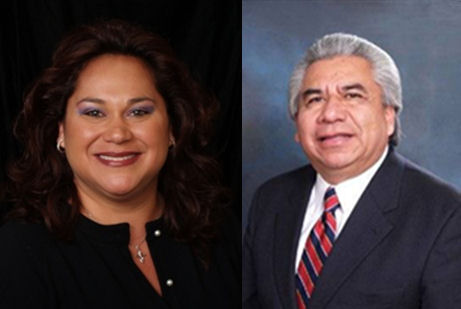 Amezcua is the daughter of local attorney Al Amezcua, who challenged Santa Ana Mayor Miguel Pulido in 2010, losing badly.  Al and Valerie both served on the Measure G Campaign Committee – helping to pass a bond measure that raised our taxes for dubious purposes (the SAUSD School District remodeled their district offices after Measure G passed).  Both of the Amezcuas also supported liberal union hack candidate Julio Perez in the Open Primary, for the 69th Assembly District.  Perez spent a small fortune on that race, as did his labor allies, but he lost to a Republican, Jose Moreno, who spent almost nothing on his campaign. END_OF_DOCUMENT_TOKEN_TO_BE_REPLACED