Sergio Joaquin Mendoza, a 27-year-old Santa Ana man, was sentenced to nine years in prison on Friday, after kidnapped his girlfriend,  carved his name into her chest with a razor blade and was convicted of multiple felony counts including criminal threats, false imprisonment and domestic battery, according to the O.C. Register.

Mendoza argued with his girlfriend and punched her on several occasions, according to the OCDA. He even forced her to sit in his car while he was at work and threatened her with violence. He eventually told the woman he would let her leave if she allowed him to carve his name into her chest. END_OF_DOCUMENT_TOKEN_TO_BE_REPLACED

Sergio Joaquin Mendoza, a 27-year-old man was convicted Thursday of carving his name on his girlfriend’s chest with a razor blade and several other attacks in Santa Ana two years ago, according to the O.C. Register.

Mendoza evaded a felony kidnapping charge but he was convicted of misdemeanor and felony counts of false imprisonment.  END_OF_DOCUMENT_TOKEN_TO_BE_REPLACED 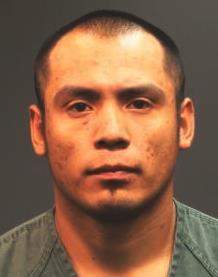 Between March 17, 2015, and March 20, 2015, Mendoza is accused of living in a room in a relative’s house in Santa Ana. During that time, Mendoza is accused of getting into multiple verbal arguments with Jane Doe and punching her on several occasions. The defendant is accused of forcing Jane Doe to sit in his car while he was at work and threatening her with violence in order to keep her from leaving the car. END_OF_DOCUMENT_TOKEN_TO_BE_REPLACED

On March 21, 2015, Mendoza and his girlfriend were living together in a rented room in his grandmother’s house in Santa Ana. That day, Mendoza and the victim had an argument. Mendoza allegedly began assaulting the victim and prevented her from leaving the residence. He continued assaulting her throughout the day and carved his name on the victim’s chest with a razor blade. END_OF_DOCUMENT_TOKEN_TO_BE_REPLACED