This sort of thing never used to happen in North Santa Ana. But already this year we have reported to drive by shootings in the area – and now this. END_OF_DOCUMENT_TOKEN_TO_BE_REPLACED 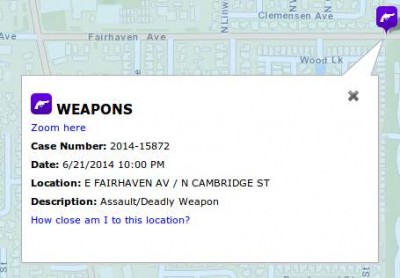 The man was walking his bicycle while his female companion walked next to him.  XXXX was behind them, in front of the Lake Park Mobile Homes, closer to Linwood. They were about 50 feet ahead of her, heading toward Cambridge. All of a sudden a medium-sized dark car with several people in it approached from the other direction (westbound on Fairhaven). When the people in the car saw the couple they slowed down and made a U-Turn to pull up next to them and slowed way down. The guy with the bike raised his hand like he knew them and in response they immediately opened fire with what XXXX thought was a 9mm handgun. They shot off 5 rounds before their car pulled away. END_OF_DOCUMENT_TOKEN_TO_BE_REPLACED 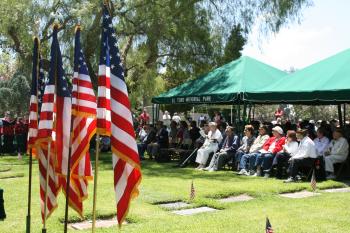 Here in Santa Ana, there are annual Memorial Day events at the Fairhaven Cemetery and the Santa Ana Cemetery.  Here are the details: END_OF_DOCUMENT_TOKEN_TO_BE_REPLACED