Pleaded guilty on Oct. 22, 2018 to the following felony counts: END_OF_DOCUMENT_TOKEN_TO_BE_REPLACED

SANTA ANA, Calif. – A felon is facing additional charges for human trafficking, pimping, pandering, and assault. Deunta Patterson, 26, Bakersfield, was arraigned yesterday, March 28, 2017, with 22 felony counts of pandering by promise, threat, or violence to become a prostitute, four felony counts each of pimping and pandering a minor over 16 years old by procuring, two felony counts each of human trafficking, human trafficking of a minor, and attempted pimping, and one felony count each of pimping a minor, pandering, and assault with force likely to produce great bodily injury. Patterson also faces sentencing enhancements for human trafficking of a minor by force and/or fear and a prior strike conviction for residential burglary in 2013 in Kern County. If convicted, the defendant faces a maximum sentence of life in state prison. Patterson is scheduled for a pre-trial hearing on April 26, 2017, at 8:30 a.m. in Department C-57, Central Justice Center, Santa Ana. END_OF_DOCUMENT_TOKEN_TO_BE_REPLACED 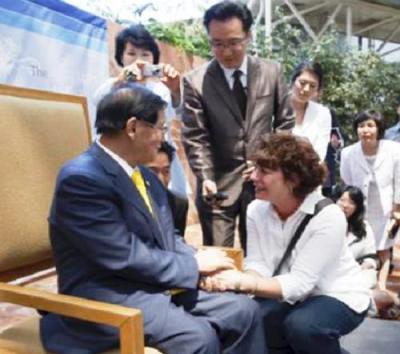 GARDEN GROVE, Calif. — Korean Christian instructor Man Hee Lee knocked out more than one hundred pastors and thousands of Christians coast to coast with his powerful testimony about the Book of Revelation’s fulfillment. His California Open Bible Seminar tour began at Crystal Cathedral in Garden Grove, CA drawing over 1,500 attendees who came to hear his testimony and concluded in central California where he spoke to over a 100 pastors at the DoubleTree Hotel in Bakersfield, CA. END_OF_DOCUMENT_TOKEN_TO_BE_REPLACED