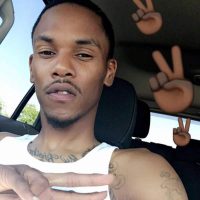 SANTA ANA, Calif. – A felon is facing additional charges for human trafficking, pimping, pandering, and assault. Deunta Patterson, 26, Bakersfield, was arraigned yesterday, March 28, 2017, with 22 felony counts of pandering by promise, threat, or violence to become a prostitute, four felony counts each of pimping and pandering a minor over 16 years old by procuring, two felony counts each of human trafficking, human trafficking of a minor, and attempted pimping, and one felony count each of pimping a minor, pandering, and assault with force likely to produce great bodily injury. Patterson also faces sentencing enhancements for human trafficking of a minor by force and/or fear and a prior strike conviction for residential burglary in 2013 in Kern County. If convicted, the defendant faces a maximum sentence of life in state prison. Patterson is scheduled for a pre-trial hearing on April 26, 2017, at 8:30 a.m. in Department C-57, Central Justice Center, Santa Ana.

Patterson was charged in case #16NF2060 on Aug. 17, 2016, with one felony count each of human trafficking, pimping, and pandering by promise, threat, or violence to become a prostitute, with a sentencing enhancement for a prior strike conviction for residential burglary in 2013 in Kern County. If convicted in this case, the defendant faces a maximum sentence of life in state prison and is scheduled for a pre-trial hearing on April 26, 2017, at 8:30 a.m. in Department C-57, Central Justice Center, Santa Ana.

Patterson is accused of being a human trafficker/pimp who exploits women and/or children for financial gain. With the rise in popularity of social media and ease of meeting people on the Internet, many pimps and human traffickers utilize a variety of social media platforms to locate potential victims. The victims are required to turn over all payment they receive for sex acts from sex purchasers to their pimp. Failure to follow these rules can result in physical and/or emotional abuse.

Between May and July 2016, Patterson is accused of trafficking, pimping and pandering Jane Doe 1. The defendant is accused of posting sexually explicit ads of the victim for commercial sex and forcing the victim to participate in commercial sex for his benefit in areas of Orange County known for prostitution. On July 18, 2016, the Orange County Human Trafficking Task Force (OCHTTF) was contacted regarding Jane Doe 1 being a possible victim of human trafficking.

On July 19, 2016, undercover officers arranged to meet with the victim at a motel in Santa Ana. Patterson is accused of waiting for the victim at a motel in Costa Mesa. During their investigation, OCHTTF officers determined that Patterson is accused of assaulting Jane Doe 1 on multiple occasions and forcing her to engage in commercial sex against her will. Patterson was arrested the same day at the motel in Costa Mesa. The defendant is accused of possessing a cell phone that contained text messages containing language consistent with pimping Jane Doe 1.

Deputy District Attorney Juliet Oliver of the HEAT Unit is prosecuting this case.