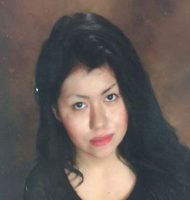 Vasquez was spotted on Tuesday arguing with an unknown man in Anaheim, outside Sami’s Liquor at 1845 W. Katella Ave. in Anaheim, according to the O.C. Register. Then, the pair walked away from the store – southbound.

Vasquez called her father mid-day on Tuesday, from Sami’s Liquor. She told her dad that she could not go home because someone was threatening her, then she hung up before her father could get the details.

Esli Samaria Vasquez ran away from a group home in Santa Ana on Valentine’s Day and reached out to her father by phone several times, according to the SAPD. She has run away several times in the past and currently has a child protective custody warrant.