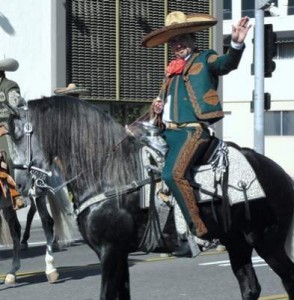 SANTA ANA, CA (August 12, 2014) – Thousands of spectators are expected to line the streets of the City of Santa Ana to enjoy the annual Fiestas Parade on Sunday, September 14 from 4 pm to 6 pm. Over 100 parade entries will be showcased in this year’s special theme “Our Pride That Unites Us.” The Fiestas Parade will wind through Civic Center Drive and Main Street in Downtown Santa Ana and will be a celebration of art and culture for all ages.

The deadline to submit application to take part in the parade is August 15. To get applications and further information, please contact Rocio Meza at (714) 571-4230 or email her at RMeza@santa-ana.org