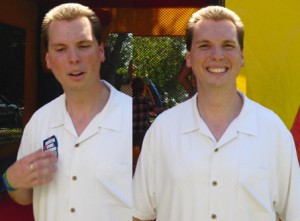 Never mind the fact that Brandman is not a Clerk-Recorder and he really has no experience at this sort of work, there are plenty of other reasons to oppose him.

And he is very squishy on Democratic issues in general.  Check out the picture above.  I ran into him at the annual OC Labor Day event.  He made sure to rip his Health Care reform sticker off before he posed for a picture.  But I caught him in the act! 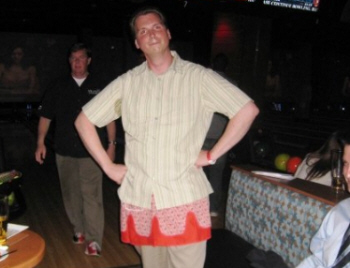 Brandman also, curiously, sought the support of Prop. 8 supporters the last time he ran for the AUHSD School Board, according to the Orange Juice blog.

And he turned down a $50K donation to a public school, again according to the Orange Juice blog.

If Brandman is indeed being groomed to take over for Daly, we are going to have to make sure we vote for someone else.

« Gourmet food trucks and craft beers at the Heritage Museum of O.C. on 8/14
Great Park to host NFL Punt, Pass and Kick Competition on 8/19 »

11 thoughts on “Santa Ana Political Chismes: Will Brandman be the next O.C. Clerk-Recorder?”