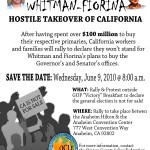 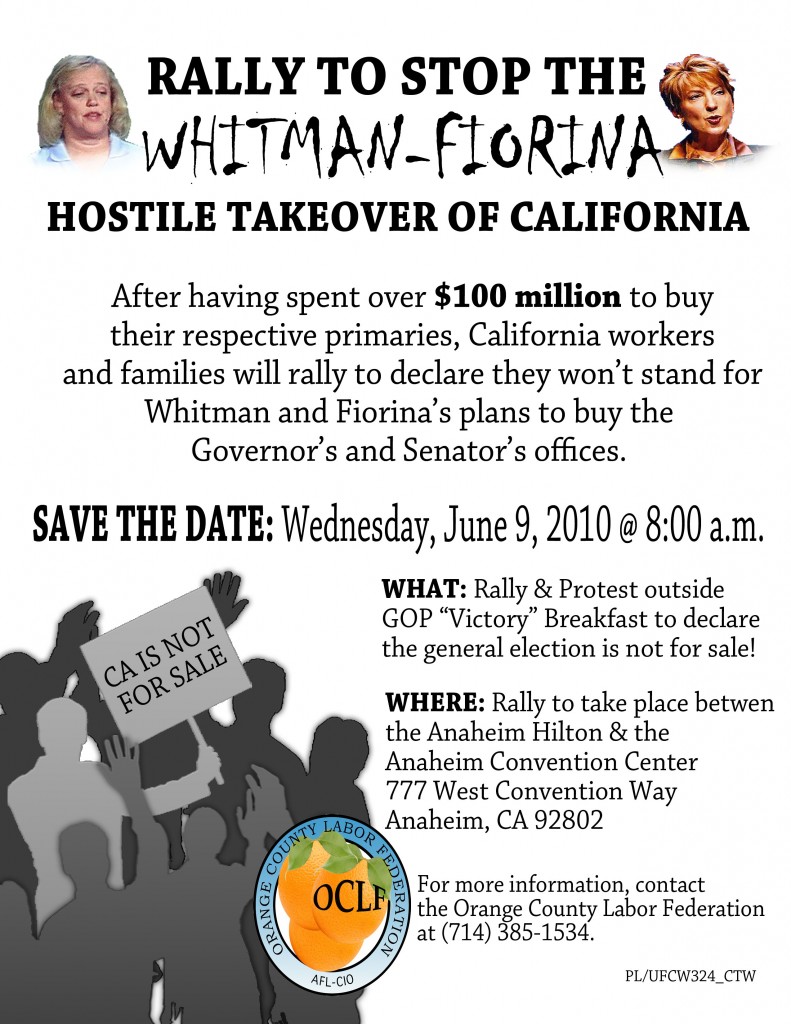 WHO: California workers, families, and organizations that care about job creation and California’s future

WHAT: Rally and protest outside GOP “victory” breakfast to declare that the general election isn’t for sale.

We will rally outside the GOP “victory” breakfast outside the Anaheim Hilton to declare the general election is not for sale!