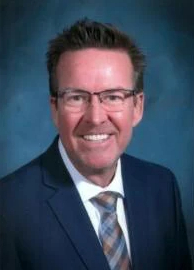 Christopher Christensen, 51, of Westminster, jumped to his death from the Mickey and Friends parking structure at Disneyland on Saturday night. He was the principal of Newland Elementary School in Huntington Beach and he played and taught music as well.

Christensen was facing misdemeanor child endangerment and battery charges after he was arrested last month. He explained in a Facebook post that he got into an argument with his wife, Marlena in front of her daughters. He wrote that she got so mad that she called the police and Christensen spent the night in jail.

Christensen appeared despondent in his final Facebook post. He appeared to feel that the system left him with no choice but to end his life.

“I am on the brink of losing my job,” Christensen wrote. “So, here I am…writing my final FB post to all of you. I need you all to know that a gentle, kind, loving and sincerely good man has been destroyed by one unfortunate night.”

On Saturday at around 9 p.m., Christensen was found dead after someone reported that a man fell from the Mickey & Friends parking structure, according to the Anaheim police and the O.C. Sheriff’s Department.

Police acknowledged that his death was likely a suicide.

Christensen was charged on Nov. 22 with the misdemeanor counts of child endangerment and battery. He pleaded not guilty to both charges. He was due in court on Monday, Dec. 5 for a pre-trial hearing.

The alleged acts were believed to have occurred on Nov. 15. Christensen was arrested after that but he posted $10,000 bond and he was released on Nov. 17.

Christensen previously served as the principal at Courreges Elementary School in Huntington Beach, also in the Fountain Valley District, where he had been an administrator for 22 years.

“I have truly loved educating and leading thousands of students and families as a principal in FVSD for the past 21+ years,” he wrote on Facebook. “I have made so many wonderful connections with families over the years and those who know me closely know how much I cared for my students, staff and families. Please remember me for all the good I brought to the world of education.”

Christensen also owned Seaside Strings in Huntington Beach, which provides string ensembles for weddings and other events. Christensen was a cellist and a singer. Music was in his blood as Christensen’s father Jim was a composer with Disney.

Christensen’s bio noted that he raised three children of his own and two stepchildren. He is survived by those children and his wife.