Man convicted of shooting a customer at Panaderia La Chapina 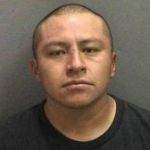 MAN CONVICTED OF SHOOTING-MURDER OF VICTIM PREPARING COFFEE IN BAKERY

SANTA ANA – A man was convicted today of the shooting-murder of a victim in a Santa Ana bakery while the victim was preparing a cup of coffee. Israel Pena Lopez, 38, Santa Ana, was found guilty by a jury of one felony count of murder, possession of a firearm by a felon, and a sentencing enhancement for the personal discharge of a firearm causing death. He faces a maximum sentence of 75 years to life in state prison at his sentencing Oct. 10, 2014, in Department C-30, Central Justice Center, Santa Ana.

Co-defendant Frankie Esteban Giraldo, 32, Santa Ana, was charged with murder but was found not guilty in this case.

At approximately 7:40 p.m. on Oct. 13, 2010, Lopez and Giraldo drove in separate vehicles to Panaderia La Chapina bakery on Edinger Avenue in Santa Ana. Lopez parked in a marked stall in front of the bakery and Giraldo drove through the parking lot before parking on a side street. The defendants got out of their vehicles and met outside the bakery. 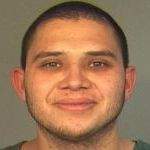 Lopez walked around to the front of the business while Giraldo waited at the west entrance. Both defendants entered the bakery simultaneously. Lopez shot 32-year-old Alejandro Sanchez several times in the back, murdering him. Sanchez had his back turned while preparing his coffee at a counter at the time of the murder.

Both defendants left the restaurant after the shooting. Lopez returned a few moments later and again attempted to shoot the victim, who was lying on the floor, but Lopez’s firearm failed to discharge. Lopez then fled the scene. Witnesses called 911 and the Santa Ana Police Department investigated this case.