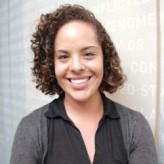 The Delhi Neighborhood Association is hosting a special presentation on Community Policing and a Toolkit for Residents to Utilize by Jennifer Rojas of the American Civic Liberties Union (ACLU) on Thursday, January 21, 2016, at 6:00 p.m.

The meeting will be held at the Delhi Community Center, located at 505 East Central Avenue, in Santa Ana.

For any other questions, contact the City of Santa Ana, Neighborhood Initiatives Program at (714) 667-2260.

Rojas (@rojasjenrenee) is a community engagement and policy advocate at the ACLU of Southern California, working from the Orange County office.

Jennifer has worked on community organizing campaigns in Orange County, San Diego and the Bay Area. In 2014, she graduated from the Public Allies Silicon Valley/San Francisco program with the purpose of developing leadership and building capacity in the nonprofit sector. She graduated from UC San Diego with a degree in Ethnic Studies and International Studies.

In the past, Jennifer has worked with Asian Americans Advancing Justice- Asian Law Caucus on monitoring, implementing and building upon the California TRUST Act.

The ACLU defends the fundamental rights outlined in the United States Constitution and the Bill of Rights. These include the right to freedom of speech and assembly; the right to religious freedom; due process of law; equality before the law; and the right to privacy. The ACLU also relies on state constitutional provisions and federal and state laws that further these and similar rights.

« The OCTA will host a public hearing about their proposed bus service plan on 1/25
Should the Santa Ana City Council have given a $17,000 bonus to our overpaid City Manager? »