HUNTINGTON BEACH – Yesterday, the ACLU of Southern and Northern California published a comprehensive report titled “IN(JUSTICE) in ORANGE COUNTY: A Case for Change and Accountability.” The report studied the practices of the Orange County District Attorney’s Office finding a complete lack of transparency, severe racial disparities, absent police accountability, and the continued prioritization of low-level charges. A summary of the report can be found here.

“Transparency, equity, and accountability are integral to a functioning criminal justice system; their absence in Orange County under current District Attorney Todd Spitzer is frightening and detrimental to public safety,” said former Marine Judge Advocate Pete Hardin. “This report makes it clear that Todd Spitzer’s policies are making our communities less safe and exacerbating homelessness, all while failing to protect our most vulnerable communities from prejudice and injustice.”

“At a time when homicides have reached a 22-year high, hate crimes are skyrocketing, and other violent crimes are up double digits, DA Spitzer continues to prioritize low-level offenses that increase recidivism and lead to stark racial disparities. The racial disparities are especially concerning considering Spitzer’s record of racism including making unsolicited, derogatory comments about Black people when discussing high-profile cases with colleagues. Spitzer’s racism undermines public trust in our criminal justice system which reduces the likelihood that crimes will be reported to law enforcement. That presents a danger to us all.”

While Todd Spitzer ran on ending the “win-at-all-costs mentality” and ensuring the fair administration of justice, the ACLU report further found that, “All available evidence suggests that the office’s policies and practices have not shifted substantially under the current OCDA.” Furthermore, in contradiction to his campaign promises to clean up the practices that led to the informant scandal, DA Spitzer’s recent “cover up” of his racist remarks showcase his inability to turn over exculpatory evidence as required by the U.S. Constitution.

SANTA ANA, Calif. (June 27, 2017) – The American Civil Liberties Union (ACLU) of Southern California released a report today on the Orange County jail system managed by the Orange County Sheriff’s Department. The report presents a purposely distorted view of the Orange County Jails. The ACLU’s findings are largely based on interviews and surveys of former inmates. While inmates certainly have a perspective to offer on our jail system, the failure to include the perspective of law enforcement has resulted in a report that only tells one side of the story. END_OF_DOCUMENT_TOKEN_TO_BE_REPLACED 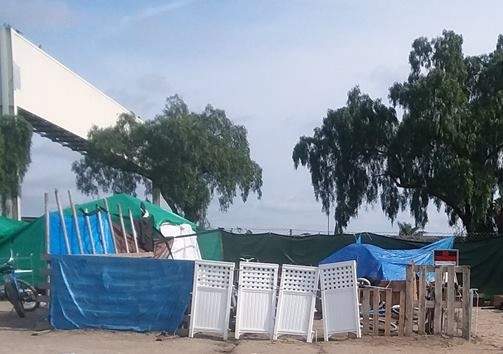 Earlier this week the O.C. Department of Public Works erected multiple six-foot, chainlink fences around the Santa Ana Riverbed between the Chapman and Orangewood bridges, entrapping nearly 100 individuals and their belongings, according to the ACLU. END_OF_DOCUMENT_TOKEN_TO_BE_REPLACED

The Delhi Neighborhood Association is hosting a special presentation on Community Policing and a Toolkit for Residents to Utilize by Jennifer Rojas of the American Civic Liberties Union (ACLU) on Thursday, January 21, 2016, at 6:00 p.m. END_OF_DOCUMENT_TOKEN_TO_BE_REPLACED

In Orange County, thousands of persons experience homelessness in a given year. Many remain homeless because they cannot access affordable housing, permanent supportive housing, medical care or benefits. Due to the lack of year-round emergency shelter, many homeless individuals are forced to live in public spaces and face criminal penalties for engaging in necessary activities – like sleeping in public – that are a direct result of their homeless status.

Join Heather Johnson, ACLU SoCal staff attorney on the Dignity for All Project, and community members for an important discussion on homelessness in Orange County and learn what you can do to help. END_OF_DOCUMENT_TOKEN_TO_BE_REPLACED