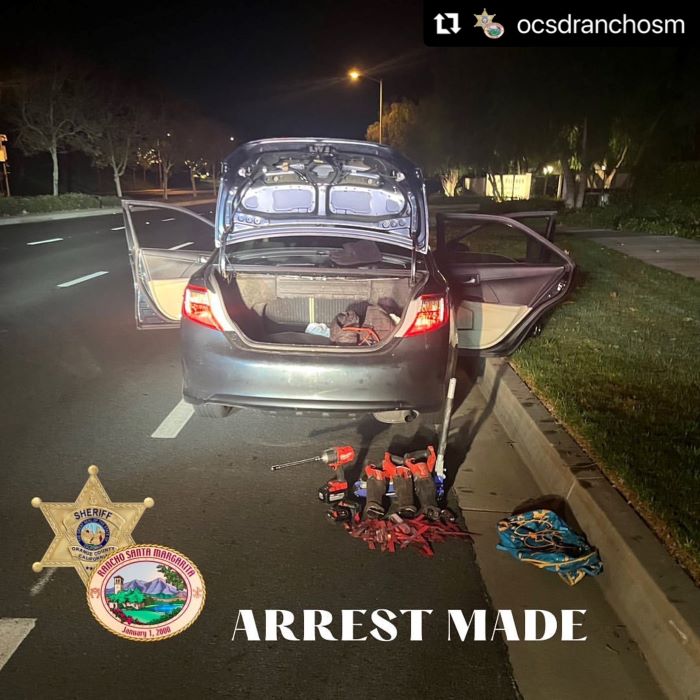 At 2:35 a.m. on Thursday, December 8th, an O.C. Sheriff’s Deputy supervisor in Rancho Santa Margarita conducted a vehicle stop in the city.

A subsequent search of the vehicle revealed several tools known to be used to steal catalytic converters.

All three subjects were from Riverside and were arrested for conspiracy to commit grant theft.

The arrest of these suspects likely prevented more catalytic convertor thefts. This type of crime can cost victims significant time and money.