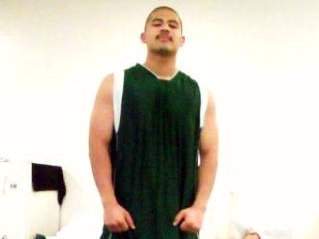 Bryan Meza, 21, of Rancho Santa Margarita, was pronounced dead at the scene, according to the Orange County Coroner’s Office. END_OF_DOCUMENT_TOKEN_TO_BE_REPLACED

The T-shirt shows Fire Engine 45 surrounded by figures with baggy clothing, a pit bull, a tamale stand, with a caption that reads: “There goes the neighborhood,” with “Rancho Santa Ana” written on top. END_OF_DOCUMENT_TOKEN_TO_BE_REPLACED

We are honored that the Saddleback division of Southern California Edison will have a fundraiser for us on September 17th. They have been raising money during the year and on the 17th will be having a Golf Tournament and an Opportunity Drawing – which the OC Youth Commission will be the beneficiary.

The Opportunity Drawing is for a Beautiful Lithograph Painting done by the famous Wyland ! Attached you will find a photo of the painting and the information on how to buy tickets! This Beautiful Autographed Lithograph is worth $1,000.

Would you join the Saddleback division of SCE and buy some Opportunity Tickets or play Golf and Support the Orange County Youth Commission?

Thank You for Supporting the OC Youth Commission.