Another shooting reported today at Broadway and Pine, in Santa Ana

The New Year is off to a very bloody start in Santa Ana. So far we have posted five articles in 2016 about gang incidents (two of the articles were about the same incident, where a 19-year-old from Garden Grove died after being shot in the head near Centennial Park). 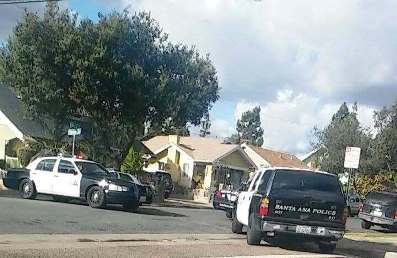 The Santa Ana City Council appears to be asleep at the wheel while what looks like a gang war rages on in our city. Note that three of the Council Members are up for re-election in November including Council Members Roman Reyna, Angie Amezcua and Sarmiento. Sarmiento is also considering running for the O.C. Board of Supervisors in the June Primary Election against Supervisor Andrew Do in the First Supervisorial District. Do is a former Deputy District Attorney and his wife is a Judge on the Orange County Superior Court.  Mayor Miguel Pulido is also up for re-election.

4 thoughts on “Another shooting reported today at Broadway and Pine, in Santa Ana”