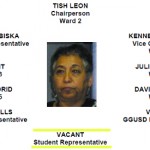 The following is an actual letter emailed to Mayor Pulido and the City Council this morning:

Once again this morning I awoke to news that the Parks and Recreation Commission wanted to bring more embarassment to our city by honoring Lupe Moreno and the Friends of the Santa Ana Library.  Sources tell me that this action was the doing of Commissioners Tish Leon and Julie Stroud.  Thankfully the sanity and leadership of Mr. Mouet took over and the commission wisely called off the awarding of this honor to a group whose president is an admitted member of a recognized hate group.

This faux pas comes on top of the revelations that Ms. Leon and Stroud bullied the student representative on the commission so badly that the young man resigned rather than submit himself to there terroristic actions.  How much longer are you folks going to allow these commissioners to run this commission as their own little feifdom?  How much longer are you going to allow them to bring shame and embarssment to our city and potentially leave us open to legal action?  Their bullying of this young man could be actionable and the taxpayers would be on the hook.

When I previously contacted Councilmember Benavides about Stroud’s deplorable behavior I was ignored.  I guess her referring to a resident who spoke before the commission as an “ass” is perfectly acceptable behavior in the eyes of Councilmember Benavides.  He ignored several emails and phone calls to him.  Perhaps it is incumbent upon the rest of you to help him out.  Just as you had to educate him as to why he should not honor hate group members from the council dais it appears that you need to help him realize that the behavior of his rogue/bullying commissioner is a reflection upon him and his judgment.

It is time that Leon and Stroud be removed from this body.  I call upon Councilmembers Benavides and Martinez to take this action immediately and if they fail to do so the council should do it for them.  I encourage you all to speak with your appointees and other members of the commission as well.  I have heard first hand from them about the behavior of these two commissioners and it isn’t pretty.

I am simply shocked to see Councilmember Benavides go all in for these folks.  Let me remind you that it was Stroud’s husband that was behind the fraudulent and bogus Grand Jury report that attempted to smear all of you and our city.  How much longer must we give these folks a platform to embarass you and our community?