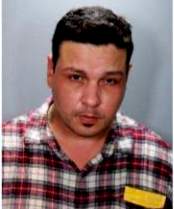 The Tustin Police Department’s Criminal Investigations Unit has been investigating a series of peeping style crimes. During these crimes the suspect videotaped, or attempted to videotape, unsuspecting victims through the windows of their homes.

Through the course of the investigation the suspect was identified as 24-year-old Joshua Russell Callihan, of Tustin.

On Sunday, September 13, 2020 Callihan was witnessed by Tustin Police Officers entering a gated apartment community in the 16000 block of Mcfadden Avenue., the same location where he is previously alleged to have committed the crime of peeping into an inhabited building.

During the course of the officer’s observations, Callihan was witnessed loitering on private property with the intent to commit a crime.

Callihan was arrested and booked at Orange County Jail.

Callihan was previously arrested and charged with six counts of peeping into an inhabited building, two counts of loitering on private property with the intent to commit a crime, and one count of annoying a child under 18 years of age.

Callihan committed this recent crime while released on bail for his previous arrest.

We are seeking anyone who believes they may be a victim or witness to similar crimes involving Callihan.

Anyone with information regarding this case or any similar case is encouraged to contact Detective Haug at 714-573-3246.