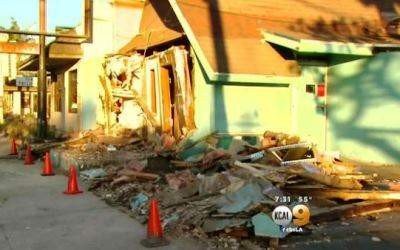 Once on scene, a preliminary investigation revealed the woman was driving westbound on West Edinger Avenue, when she lost control of her vehicle, and landed on the front deck of the bar, as reported by CBS.

The woman sustained minor injuries. The SUV was towed from the scene and the bar will be closed indefinitely. The driver was not cited, according to the O.C. Register.