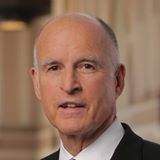 On August 28, 2016, the Orange County Register printed, Imprisoned felons could determine outcome of local elections that was authored by Senator Patricia Bates. Senator Bates lamented that, with little fanfare, AB 2466 went to the Governor’s desk for signature. The measure would allow convicted felons to vote while they are still in jail or still under post-release supervision. She reminded us of recent very close election results in Orange County, with the specter of undecided races, recounts and contested elections. Do the residents of the Santa Ana Unified School District, the City of Santa Ana and the First Supervisorial District want to allow criminals from all other cities and Districts, to be able to vote on Santa Ana school board, Santa Ana municipal issues and for the closely-contested Supervisor’s race, merely because their address is in the County Jail in Santa Ana?

This is the latest in our State’s series of measures dumbing down personal responsibility for criminal conduct. Before the passage of Proposition 10 in 1974, felons were disenfranchised for all time from being able to vote in California. Prior law had followed the centuries-old belief that felons had forfeited their right to participate in the making of the laws that they had proven they were willing to violate.

Since Proposition 10’s approval in 1974 eliminated the lifetime disenfranchisement of felons, even serious and violent felons are already only temporarily prevented from voting. Currently, as soon as a convicted felon serves his or her time, and completes a period of parole supervision, where the felon is expected to re-assimilate into law abiding society, the previously convicted (and hopefully now rehabilitated) prior felon can register and vote as any other citizen. This unnecessary law would gut the rehabilitation efforts we were promised would be the hallmarks of Proposition 47 and AB 109. We should not frontload these rights for recently convicted felons, still in jail, and before rehabilitation has had a chance to sink in.

Law-abiding citizens don’t commit violence. The criminal element commits violence. Criminal felons don’t follow the rules. Don’t let them have a say in how easy it will be for them to commit their next felony.

Senator Bates said it best, “Do we really think allowing felons to vote while serving their sentences in county jail will increase trust in our government? AB 2466 is a solution in search of a problem, and deserves to be vetoed.” (Orange County Register, August 28, 2016).

One thought on “Will Governor Brown allow criminals to vote on crime reform this November?”