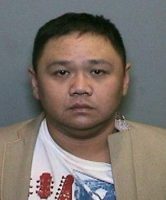 Prior to the crime, Hong traveled from Vietnam to visit Orange County and Atlanta, Georgia. Hong is a well-known Vietnamese entertainer with access to children.

On March 23, 2016, Hong orally copulated 16-year-old John Doe when the victim arrived for the audition. He violated his position of trust and exploited his celebrity status. Shortly thereafter, John Doe reported the crime to the Garden Grove Police Department (GGPD), who investigated this case.

The next day, an undercover GGPD officer posing as a fictitious teen communicated with the defendant while further investigating the case. Hong set up a meeting with the officer, whom he believed to be a minor, with the intent to engage in oral copulation. The defendant was subsequently arrested by GGPD.