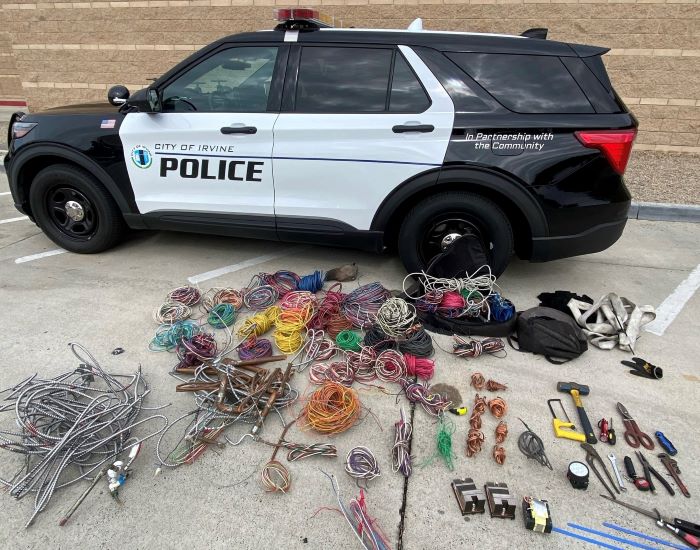 Irvine police officers located two bikes parked outside of a vacant building in the west end of Irvine this weekend. The officers quickly determined that suspects were inside the building stealing copper wiring.

Gerardo Jardon, 30, of Santa Ana, Juan Munoz-Tacuba, 33, of Laguna Beach, and Renato Telesfor-Santos, 40, of Santa Ana, were booked at Orange County Jail for burglary, conspiracy, and possession of burglary tools.