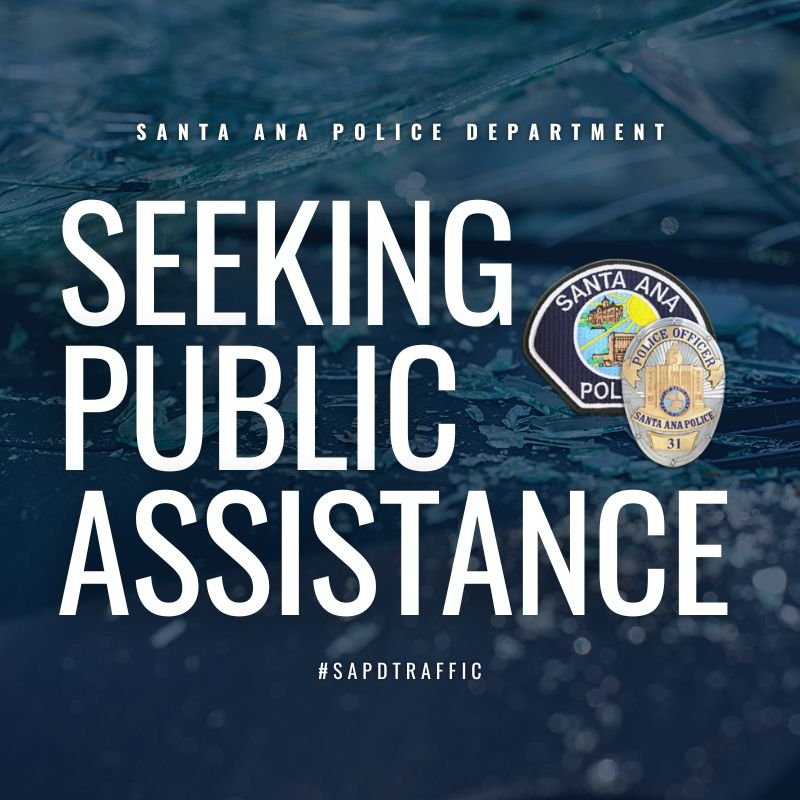 On Monday, May 18, 2020 at approximately 11:02pm, the SAPD received several calls of a male down in the roadway who was near the intersection of Raitt and St. Anne Streets.

Officers responded to the area and found a male down in the roadway with major trauma. Orange County Fire Authority (OCFA) personnel responded and began to treat the male before pronouncing him deceased at the scene.

The preliminary investigation has revealed the male, who was either walking or jogging, was in the roadway when he was struck by a vehicle headed north on Raitt Street. The vehicle involved was possibly a white four door sedan in this collision fled from the scene prior to the officers’ arrival. It remains outstanding and it, along with the driver, remain unidentified. It is unknown if alcohol is to have played a role in this collision. The collision remains under investigation.

The Santa Ana Police Department’s Collision Investigation Unit (CIU) is handling the investigation. Anyone possibly having information about this collision is asked to contact Investigator N. Quinones at (714) 245-8284.