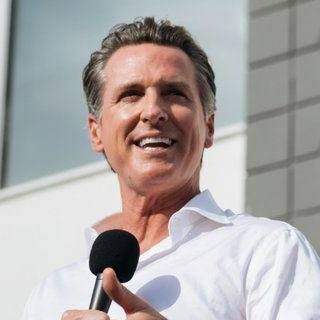 ORANGE – The Orange County Transportation Authority today sent a letter to Gov. Gavin Newsom asking the state to intervene and appoint a board to investigate a labor dispute with the union representing 600 OCTA coach operators and prevent a threatened strike by the union, which could begin as early as Tuesday, Feb. 15.

OCTA and the coach operators’ union, Teamsters Local 952, are continuing to negotiate, however, OCTA is taking this step in an effort to help protect the thousands of community members who have no other means of transportation if an agreement is not reached.

“We at OCTA want to do everything we can to avoid a strike, and any interruption to bus service would be extremely detrimental to our community,” said OCTA Chairman Mark A. Murphy, also the Mayor of Orange. “We value the essential service that our coach operators perform and we want to continue to negotiate in good faith for the benefit of them, their families and all of our bus riders who rely upon our service.”

Approximately 85% of riders use OC Bus as their primary means of transportation and average household income of more than half of riders is less than $50,000.

Asking for intervention from the state could lead to a cooling-off period while keeping buses running across Orange County. If it is the opinion of the Governor that a strike will significantly disrupt public transportation services and endanger the public’s health, safety or welfare, the Governor may appoint a board to investigate the labor dispute.

The court would issue an order enjoining the strike for 60 days if it finds allowing it to occur will disrupt public transportation services and endanger the public’s health, safety or welfare.

If a cooling-off period goes into effect, there is no requirement to use a mediator. However, OCTA has offered to use a mediator at any point to help reach an agreement that rewards coach operators for the work they do, is competitive in the market and responsible to taxpayers.

“OC Bus is a lifeline for those in our community who have no other way to get work, to shop, to get to school or to access medical care,” said OCTA CEO Darrell E. Johnson. “Asking the State to intervene is not something we take lightly but for the well-being and safety of our passengers, it’s critical we take all necessary measures to avoid disruptions to bus service.”

A bus strike would mean that service on routes carrying nearly 75% of daily passengers would not operate. OCTA contracts out a portion of OC Bus service, which would continue running. OC ACCESS paratransit service for people with disabilities and OC Flex microtransit services would not be affected.

OCTA has met with the union leaders nearly 40 times in the past year, including mediated sessions, to negotiate a new contract. The existing contract expired April 30, 2021, and OCTA stands ready to continue talks to prevent a strike.