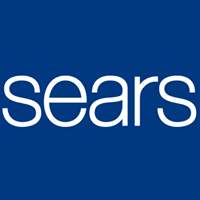 The action was filed in Orange County Superior Court yesterday, Dec. 29, 2016, and the settlement is awaiting approval by a Superior Court Judge. The complaint alleges that Sears advertised and sold, and allowed third parties to advertise and sell, nutritional supplement products banned by the U.S. Food & Drug Administration (FDA) for containing dangerous undeclared substances, including sibutramine and sildenafil, on its websites. Sibutramine is a stimulant that can trigger heart attack and stroke. Sildenafil is the pharmaceutical ingredient used in erectile dysfunction drugs. The complaint also alleges Sears sold other diet products that are illegal in California, including diet patches and ephedra supplements, and also allowed third parties to sell these products on its websites.

The settlement culminated a multi-year investigation in which OCDA and task force investigators collaborated with the FDA Los Angeles District Division of Import Operations, the FDA Office of Regulatory Affairs Health Fraud Team, and the FDA Los Angeles District Office to find and test the potentially dangerous products. Investigators from the FDA, OCDA, and the task force found a total of over 100 illegal, banned, or dangerous product listings on the site. The products were marketed on Sears.com and Kmart.com, mostly by third party sellers.

In some cases the products were sold under the banner, “When your health and wellness regimen requires the best in nutrition and diet aids, trust Sears.” Sears has taken affirmative steps to screen for banned substances. As a result of the action, the sites no longer offer banned substances and strict screening protocols are in place to protect the public. Under the terms of the stipulated judgment, Sears agreed to pay $235,000 in civil penalties and costs. There have been no known reports of consumer illness associated with the sale of the products.

The judgment includes injunctive provisions prohibiting Sears from: (1) selling or allowing a third party to sell any misbranded or falsely advertised supplements, drugs or devices; and (2) advertising that supplement or device products offered by Sears or third parties have attributes that they do not. Sears and its counsel worked cooperatively to implement changes to its advertising and to the screening mechanisms on its websites, without admitting liability.