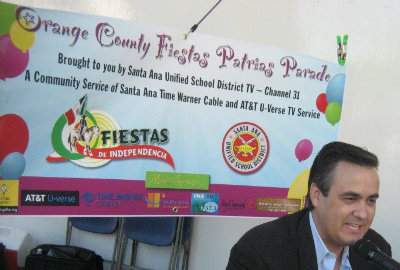 Why would the parade be televised?  Simple.  Elected officials are allowed to ride in this parade.  Their political opponents are not.  The SAUSD is televising the parade in order to promote SAUSD Trustee John Palacio, who is running for reelection.  I will be surprised if his fellow SAUSD candidate and ally, Valery Amezcua, is not in the car with him. END_OF_DOCUMENT_TOKEN_TO_BE_REPLACED 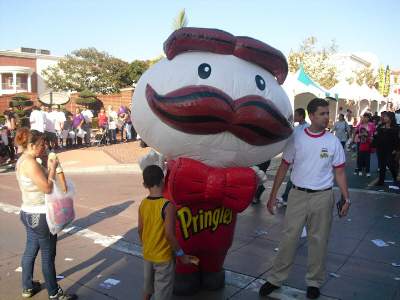 The other day I got an email from Hirsch about a new post he had been working on.  That post is now done.  It  looks like he drew inspiration from the recent Fiestas Patrias event held in Downtown Santa Ana, ostensibly in celebration of Mexican Independence. A word of warning, like the great comedian George Carlin, may he rest in peace, Hirsch likes to sprinkle his posts with lots of expletives.  Here are a few excerpts: END_OF_DOCUMENT_TOKEN_TO_BE_REPLACED 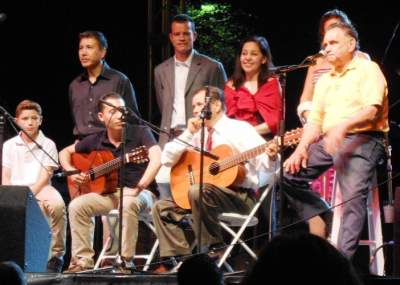 Thousands of Mexican Americans filled Santa Ana’s Fourth Street, facing a huge stage at the end of the street, near the Northgate Market.  A moderator introduced our city’s leaders at 8 pm, as Mayor Miguel Pulido and his family took the stage, along with Santa Ana Mayor Pro Tem Claudia Alvarez and traitorous Council Members Vince Sarmiento and David Benavides.  The latter is running against Pulido in November and Sarmiento is supporting him. END_OF_DOCUMENT_TOKEN_TO_BE_REPLACED 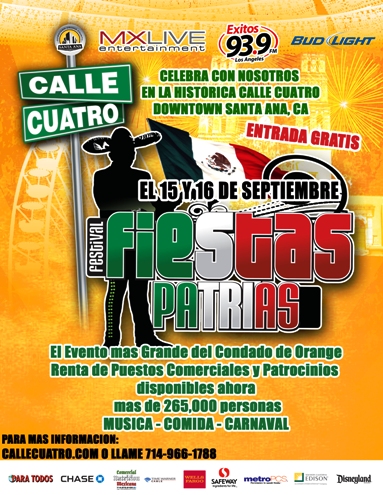 SANTA ANA, CA (Aug 22, 2012)- The 34th annual Calle Cua­tro Fes­ti­val, a two day cel­e­bra­tion com­mem­o­rat­ing Mexico’s inde­pen­dence, will take place at the famous Calle Cua­tro, 4th street, in Santa Ana on Sept 15th and 16th from 11am-10pm. MX LIVE Enter­tain­ment along with the City of Santa Ana along and Exi­tos 93.9 are pro­duc­ing the fes­ti­val which is con­sid­ered the biggest Mex­i­can inde­pen­dence day cel­e­bra­tion in the world out­side of Mex­ico. It will include live music and pre­sen­ta­tions by Latin Grammy and Bill­board Per­form­ing Artists. In pre­vi­ous years the crowd has enjoyed per­for­mances by Fobia, Gus­tavo Galindo, Ozomatli, Ceci Bastida, and more. Fies­tas Patrias also fea­tures a free 2 hour parade, fes­ti­val food, beer gar­den, car­ni­val rides and games, and com­mu­nity entertainment. END_OF_DOCUMENT_TOKEN_TO_BE_REPLACED

While the City of Santa Ana won’t be spending money on the event, they will be working hard to ensure that the event goes off smoothly without any problems. END_OF_DOCUMENT_TOKEN_TO_BE_REPLACED