COSTA MESA, Calif. (April 15, 2022) – The Costa Mesa Police Department (CMPD) is seeking the public’s assistance to identify potential additional victims of a soccer coach who was arrested yesterday for child molestation and possession of child pornography. On April 14, 2022, detectives arrested Joshua Clever, 39, Santa Ana, on suspicion of the crimes below.

Detectives have been conducting an ongoing investigation into sexual assault allegations against Clever, a youth soccer coach. During the preliminary investigation, detectives learned that over a six-month period, Clever began grooming the 14-year-old victim, Jane Doe, who was a soccer player he had access to through his employment. Clever subsequently gained private access to Jane Doe and is accused of having unlawful sexual intercourse with the victim.

The crime was ultimately reported by Jane Doe’s parents to CMPD. On April 7, 2022, detectives located Clever and he was arrested for unlawful sexual intercourse with a minor and lewd acts on a minor.

After Clever’s arrest, detectives discovered Clever had pornographic images of teenage girls on his cellular phone. At that time, Clever was out of custody after posting $100,000 bail on the original criminal booking charges.

On April 14, 2022, Clever was located and arrested at the 3200 block of Susan Street, Santa Ana. Clever was booked on an additional charge of possession of child pornography. Detectives are attempting to identify the juveniles in the images.

Detectives are seeking the public’s assistance in identifying potential additional victims Clever might have had access to through his employment. The investigation remains ongoing and anyone with additional information, or who believes they have been a victim, is encouraged to contact CMPD Detective Alicia Defuria at 714-754-5364 or adefuria@costamesaca.gov or Sergeant Jose Morales at 714-754-4933.

Checkpoint locations are chosen based on a history of DUI crashes and arrests. The primary purpose of checkpoints is not to make arrests, but to promote public safety by deterring drivers from driving impaired. During the checkpoint, officers will look for signs that drivers are under the influence of alcohol and/or drugs.

“These checkpoints, funded by the California Office of Traffic Safety, are essential to keeping the community safe,” Sgt. Dan Miles said. “We are looking for impaired drivers because driving under the influence is dangerous and puts others on the road at risk.”

CMPD reminds the public that impaired driving is not just from alcohol. Some prescription medications or over-the-counter drugs may interfere with driving. Always follow directions for use and read warning labels about driving or “operating heavy machinery,” which includes driving a car. While medicinal and recreational marijuana are legal, driving under the influence of marijuana is illegal.

CMPD offers these reminders to ensure you have a safe night of fun that does not involve a DUI:
Always use a designated sober driver to get home, which could be a friend who is not drinking, ride-share, a cab or public transportation.
If you see someone who is impaired try to drive, take the keys and help them make other arrangements to find a sober way home.
Report drunk drivers – Call 911.
If you are hosting a party, offer nonalcoholic drinks. Monitor those who are drinking and how they are getting home.
If you plan on drinking or taking medications that may impact your ability to drive safely, plan on staying at home.
Drivers charged with a first-time DUI face an average of $13,500 in fines and penalties, as well as a suspended license.

Funding for this checkpoint is provided to CMPD by a grant from the California Office of Traffic Safety, through the National Highway Traffic Safety Administration.

The Costa Mesa Police Department reminds you not to drink and drive this holiday weekend.

Before 4 a.m. yesterday, the Costa Mesa Police Department received a call from a woman who believed a catalytic converter theft was occurring near a building carport at the 2700 block of Peterson Place. She reported seeing headlights and hearing the sound of a saw being used.

Police officers responded and attempted to detain a man, who quickly got into his vehicle and sped off through the complex. Officers activated their overhead emergency lights and initiated a pursuit.

The suspect attempted to evade and for a short distance, was on the wrong side of the road of Adams Ave. He then abandoned his vehicle at Baker Street and Mesa Verde East and fled on foot.

Officers found an electric saw and a catalytic converter, which was later matched up to a victim vehicle in this picture.

The Costa Mesa Police Department (CMPD) front lobby was temporarily closed today after a man set a fire at the front doors.

Early this morning, at approximately 1:00 a.m., a man approached the front doors of the police department, placed traffic cones at the doors and lit them on fire.

A Good Samaritan, who was driving by, used a fire extinguisher to put out the fire. The police department’s fire alarm was triggered and alerted CMPD’s Watch Commander.

The man, 32-year-old Claudio Benjamin Vicente, from Costa Mesa, was located nearby by officers on Newport Blvd. and arrested for arson.

The investigation is ongoing. CMPD’s CSI  processed the scene this morning and City Maintenance cleaned up and repaired the doors. The lobby was reopened at 11:30 a.m.

Santa Ana, Calif. – A 26-year-old man who survived being shot in the face by police after firing at an officer during an hours-long New Year’s Eve standoff was charged today with 12 felonies and one misdemeanor. Fernandez is also accused of holding one woman at gunpoint and shooting at another as she drove her car into her garage.

Steven Taylor Fernandez, 26, of San Diego, is facing a maximum sentence of 62 years to life plus 31 years and eight months if convicted on all charges.

Officers were notified of a man in distress who was in possession of a handgun near Orange Avenue and Palmer Street in the city of Costa Mesa around 3:43 p.m. on December 31, 2019.

The man, later identified as Fernandez, shot several times at police, who returned fire. Fernandez ran to a residential garage on the 200 block of Knox Place and opened fire on a resident. The resident was not hurt.

Fernandez barricaded himself in the garage and was subsequently shot by officers.

He was taken to Orange County Global Hospital where he remains in custody. Fernandez is scheduled to be arraigned on January 10, 2020 in Department C5 at the Central Justice Center.

COSTA MESA, Calif. – As part of the Costa Mesa Police Department’s (CMPD) continued commitment to reducing injury and fatalities caused by impaired drivers, a sobriety checkpoint will be conducted by CMPD’s Traffic Unit Friday, Feb. 24, 2017, from 8:00 p.m. to 2:30 a.m. within the city limits.

The checkpoint will be clearly marked and vehicles will be selected for further screening on a pre-set basis to ensure objectivity. Motorists will be greeted and given information about impaired driving. Driver’s licenses will be checked and trained officers will direct suspected impaired drivers to a secondary area for further evaluation. Drivers caught driving impaired can expect jail, license suspension, and insurance increases, as well as fines, fees, Driving Under the Influence (DUI) classes, other expenses that can exceed $10,000. Motorists can expect a slight delay driving through the checkpoint. END_OF_DOCUMENT_TOKEN_TO_BE_REPLACED 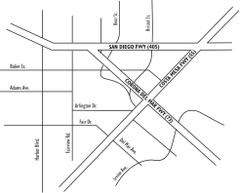 It’s OC Fair time, and this year, it’s One Big Party! The OC Fair will be in town from July 17th – August 16th, and is closed on Mondays and Tuesdays.

We all know that along with the fair comes a large increase in traffic volume on streets adjacent to the fairgrounds. This year, the OC Fair has several promotions that will certainly have an impact on attendance and traffic.

Officer Chris Brunt, who oversees traffic control for the streets during the fair, offers these suggestions: END_OF_DOCUMENT_TOKEN_TO_BE_REPLACED