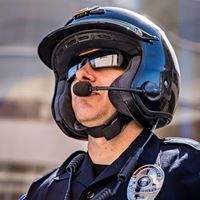 COSTA MESA, Calif. – As part of the Costa Mesa Police Department’s (CMPD) continued commitment to reducing injury and fatalities caused by impaired drivers, a sobriety checkpoint will be conducted by CMPD’s Traffic Unit Friday, Feb. 24, 2017, from 8:00 p.m. to 2:30 a.m. within the city limits.

The checkpoint will be clearly marked and vehicles will be selected for further screening on a pre-set basis to ensure objectivity. Motorists will be greeted and given information about impaired driving. Driver’s licenses will be checked and trained officers will direct suspected impaired drivers to a secondary area for further evaluation. Drivers caught driving impaired can expect jail, license suspension, and insurance increases, as well as fines, fees, Driving Under the Influence (DUI) classes, other expenses that can exceed $10,000. Motorists can expect a slight delay driving through the checkpoint.

This checkpoint will be conducted with grant funding awarded by the California Office of Traffic Safety, National Highway Traffic Safety Administration (NHTSA).

NHTSA research has shown that high-visibility enforcement can reduce drunken driving fatalities by as much as 20 percent. The deterrent effect of sobriety checkpoints is a proven resource in reducing the number of persons killed and injured in alcohol or drug involved crashes. CMPD publicizes these highly-visible sobriety checkpoints to deter impaired drivers, promote awareness about the consequences of impaired driving, and encourage the use of sober designated drivers and rideshare services.

According NHTSA, checkpoints have provided the most effective documented results of any of the DUI enforcement strategies, while also yielding considerable cost savings of $6 for every $1 spent. Based on collision statistics and frequency of DUI arrests, sobriety checkpoints are placed in locations that have the greatest opportunity for achieving drunk and drugged driving deterrence. Locations are chosen with safety considerations for the officers and the public.

“DUI Checkpoints have been an essential part of the phenomenal reduction in DUI deaths that we witnessed since 2006 in California,” said Christopher J. Murphy, Director of the Office of Traffic Safety. “But since the tragedy of DUI accounts for nearly one third of traffic fatalities, Costa Mesa needs the high visibility enforcement and public awareness that checkpoints provide.”