Summary of Investigation and Prosecution:

The Bishop Manor Condominium Complex (an area housing over 1,300 residents) was a long troubled community in the City of Santa Ana that required a disproportionate level of police and city services. Of particular problems in the area were gang activity and narcotics trafficking by the Minnie Street Lopers Street Gang. In 2008, the Santa Ana Gang Task Force, comprised of Santa Ana Police Department Career Criminal Unit, Federal Bureau of Investigation, and Bureau of Alcohol Tobacco and Firearms, targeted this area to eliminate these problems within the Bishop Manor Complex.

As a result of the investigation which utilized Title III intercepts, confidential informant buys and undercover agent buys, the US Attorney’s Office in October 2008 charged 22 defendants in six separate indictments with narcotics trafficking and firearms violations. The defendants received significant sentences, many more than ten years, with one defendant receiving a 20-year sentence due to his extensive criminal history. Only two defendants remain and are set for trial in September 2011.

In addition, the investigation is credited with resolving two outstanding murders in the Bishop Manor Complex and with the significant decrease in crime in the area. The partnering of local and federal law enforcement made a dramatic difference in this area of Orange County and it is due directly to the work of the 12 agents. 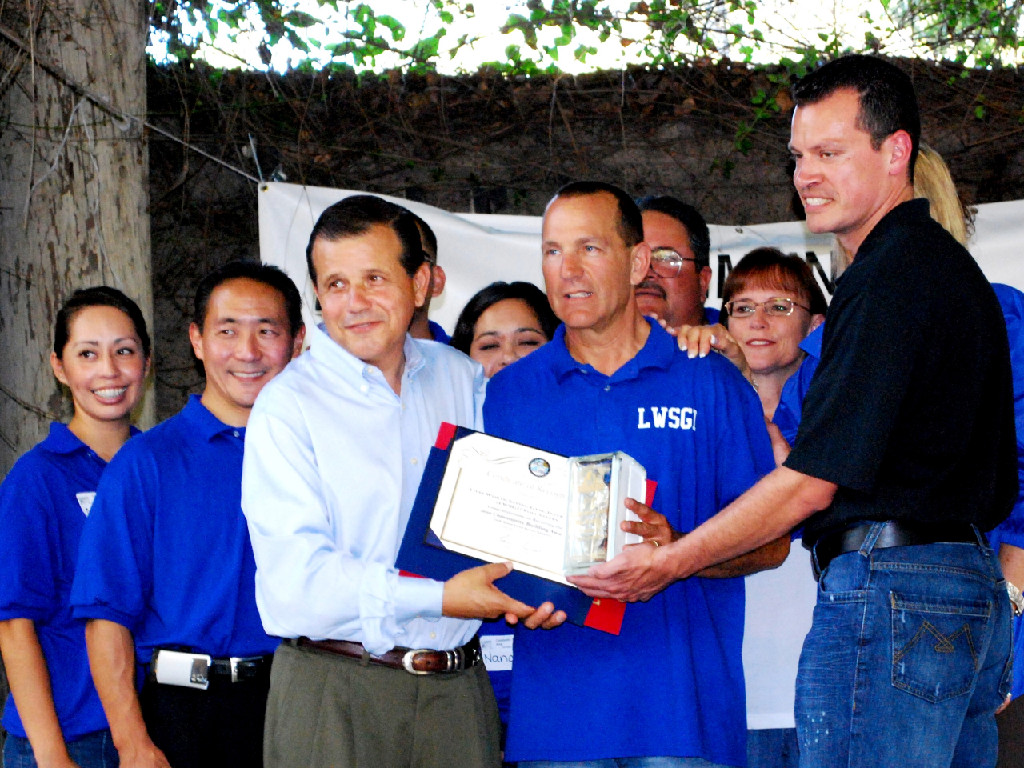 This position will be responsible for coordinating and communicating with the various collaboratives as well as scheduling activites. The project manager should be a mature, people friendly person with the ability to multi-task. Basic Computer knowledge (Word) and Spanish speaking are requested but not required.

This is a volunteer position and would require about 20 hours per week, M-F, usually noon to 4:00 PM.  While there are still active gang members at Bishop Manor, the quality of life has improved dramatically.

Bishop Manor is a densely populated complex located in Southeast Santa Ana. It is home to an estimated 4000 low-income residents of Cambodian, Cham, Vietnamese and Latino origins. These residents subsist on income below the federal poverty line.

The Kaboom Playground was built in the Bishop Manor neighborhood in March of last year, by volunteers.  Click here to read about that.

Contact Kevin at 14-321-5701.  He heads up Lives Worth Saving Gang Intervention.  Kevin is also the pastor at Santa Ana’s Side-by-Side church. 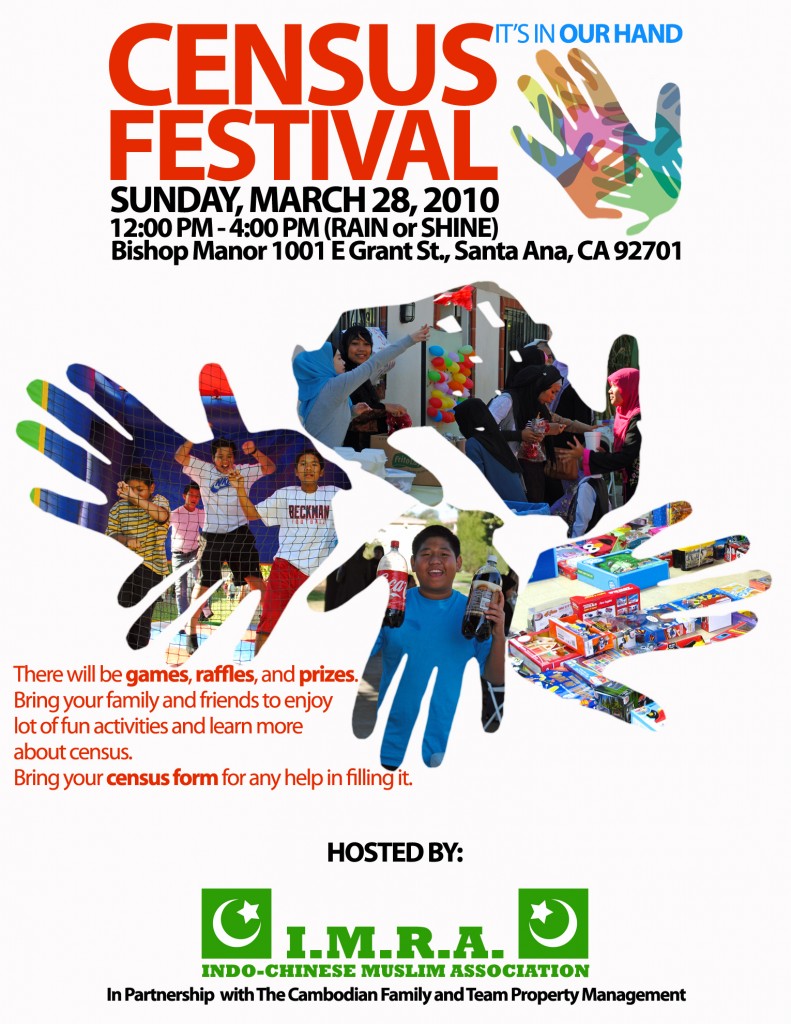 The Indo-Chinese Muslim Association, in partnership with the Cambodian Family and Team Property Management, will be hosting a U.S. Census Festival today, from 12 noon to 4 pm, at Biship Manor, located at 1001 E. Grant St., in Santa Ana.

There will be games, raffles and prizes.  Bring your family and friends to enjoy lots of fun activities and learn more about the U.S. Census.

Bring your Census form for any help in filling it out. 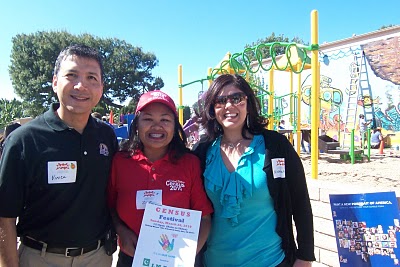 A vacant dirt lot was transformed into a colorful and vibrant Community playground. What was once an area littered with cigarette butts, overgrown weeds and painted over graffiti walls is now a place where children can play and adults can supervise them under the awning of a shaded wooden structure and flower bed.

Over 300 volunteers pitched in to build the modern yellow and green playground and swing set. Many participants worked on painting games such as Twister, Hopscotch, and Tic-Tac-Toe on once bare cement sidewalks. Additionally, workers completed a multi-colored map of the United States.

Bishop Manor is a densely populated complex located in Southeast Santa Ana. It is home to an estimated 4000 low-income residents of Cambodian, Cham, Vietnamese and Latino origins. These residents subsist on income below the federal poverty line. It is a dangerous neighborhood where one would not walk around after dark.