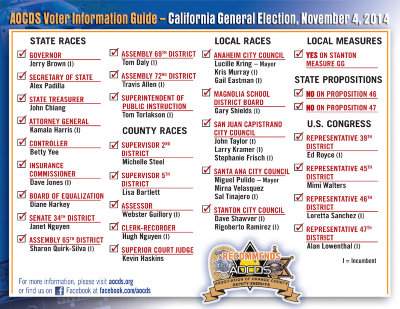 All three of these candidates are thought to have connections to Santa Ana’s gangs.  They were all involved in firing our former Chief of Police, Paul Walters, and they voted to get rid of the SAPD’s Strike Force.  All three of them were also caught ignoring several SAPD officers who were being honored a few weeks ago at a Santa Ana City Council meeting. END_OF_DOCUMENT_TOKEN_TO_BE_REPLACED 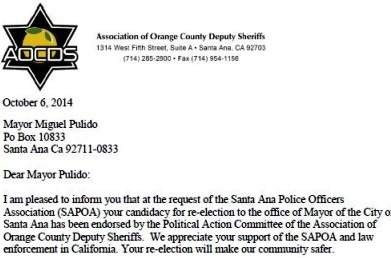 The AOCDS PAC wrote in their endorsement letter that Pulido’s re-election will “make our community safer.” END_OF_DOCUMENT_TOKEN_TO_BE_REPLACED 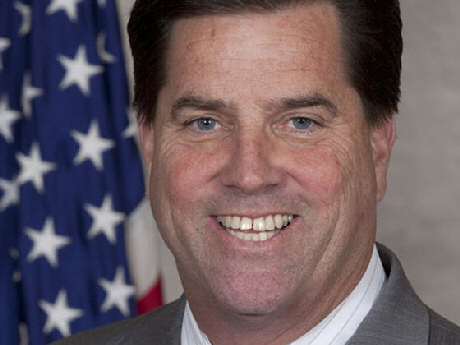 Wayne Quint has announced his retirement from the Orange County Sheriff’s Department and he has resigned as President of the AOCDS (Association of Orange County Deputy Sheriffs), according to a press release which indicated that he is taking an undisclosed job in state government.

Quint won his long-running battle against the O.C. Board of Supervisors this year – as the courts refused to roll back the ridiculously generous pensions that previous Supervisors handed out to the Deputy Sheriffs.

Quint has held numerous leadership positions over the years, including:

I am not sure what job it is Quint is taking.  A quick scan of Google News turned up nothing tonight, but I imagine he has been granted some sort of appointment by Governor Jerry Brown.

Quint will be replaced as President of the AOCDS by Thomas Dominguez, who has been serving as Treasurer of the AOCDS.

Here is the press release from the AOCDS announcing Quint’s retirement:

At today’s meeting of the Board of Directors, AOCDS President Wayne Quint, Jr. announced he will be retiring from the Orange County Sheriff’s Department to begin a new career in state government. With this announcement, Wayne resigned as President of the Association and Board of Directors.

After a discussion by board members, Investigator Thomas Dominguez was unanimously selected to succeed Wayne as President.

The Board of Directors, also by unanimous vote, selected Deputy I Roger Hilton to complete the unexpired portion of Wayne’s term of office.

The Board of Directors would like to acknowledge and thank Wayne for his years of dedicated and passionate service to the AOCDS membership. We wish him well in his future endeavors.

SANTA ANA – The Association of Orange County Deputy Sheriffs (AOCDS) filed a lawsuit today against the County of Orange to stop the County from releasing hundreds of jail inmates early, before their scheduled release dates. Citing recent changes in state law as the reason for their new early release policy, the County has released over 300 inmates early from Orange County jails since January 25. END_OF_DOCUMENT_TOKEN_TO_BE_REPLACED