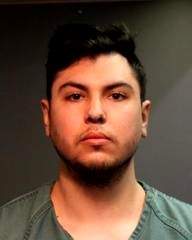 Damian Chavez, a 26-year-old man from Bellflower, pleaded guilty Monday to a hit-and-run vehicular manslaughter that killed two men in Santa Ana on April 20, 2019. He is scheduled to be sentenced on July 25.

Another driver who was racing with Chavez slammed his car into a tree at the 3200 block of South Bear Street at about 9:15 p.m. on April 20, 2019. The car quickly caught fire killing two occupants, 39-year-old Jerman Marquez and 29-year-old Richard Inda, who were pronounced dead at the scene.

Inda turned out to be the driver of the car that was destroyed and Marquez was a passenger in the stricken vehicle.

OCDA Todd Spitzer was peeved back in April of 2020 when an OC Court Commissioner lowered Chavez’s bail from $100,000 to $20,000, which resulted in Chavez gaining his release a few hours later.

The court commissioner said he lowered the bail due to the pandemic then proceeded to reject two appeals from the OCDA.

Spitzer, who is running for reelection in the June Primary this year, criticized the California program to lower bail for many defendants so as to reduce population in the jails. This was an attempt by county sheriff’s officials throughout California to limit the spread of COVID-19 in their jails.